We made a tactical decision to take profits in UGE International this morning for the reasons shown on the chart below, with an email alert being sent out that read as follows…

“UGE International, which we bought in April, has doubled in the past week, and become critically overbought, with several long shadow candles in recent days indicating a high probability that it will react back. TAKE PROFITS IMMEDIATELY. Update on site later. We will look to buy it back later after consolidation / reaction. 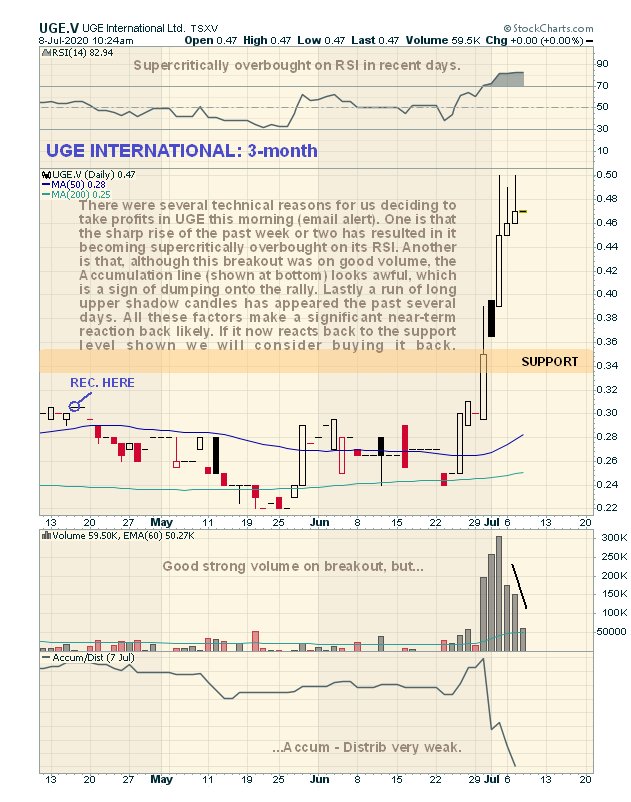 Despite the short-term bearish factors described on the chart, UGE could yet end up making fools of us by forming a small bull Flag or Pennant and then blasting higher again anyway, but for the reasons set out, it is thought better to err on the side of caution until it looks better technically.

If it looks like it is going to take off higher again, perhaps after reacting back to the support shown, we will jump on it, if we are fast enough.

UGE dropped by a cent during the day after we sold it.