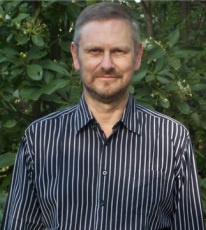 My interest in markets started when, as an aimless youth searching for direction in my mid 20’s, I was left some money. Unfortunately it was not enough to live a utopian lifestyle as a playboy or retire very young, so on the advice of my brother I bought a load of BP stock which promptly went up 20% in the space of a few weeks. I sold them at the top and this really fired my imagination. The prospect of being able to buy securities and sell them on later at a higher price, and make money for doing little or no work was most attractive – and so the quest began, especially as I had been further stoked up by watching from the sidelines with a mixture of fascination and envy as fortunes were made in the roaring gold and silver bullmarket of the late 70’s. I remember seeing reports on the television about collections of family silver being hurriedly pulled together and tipped into the furnace to be melted down and sold for a high price. These were heady days in the gold and silver market, which were to be followed by a hangover that lasted for decades.

Suddenly fancying myself as a budding big time capitalist speculator, I bought a copy of the Financial Times, and almost read it from cover to cover. While it was fascinating I quickly realized that I had no idea what most of it meant – I was immediately and completely out of my depth, but my interest was such that that was not going to stop me. So I went to the business section of a big bookshop in Bristol, England looking for books to start decoding all this stuff, and I stumbled upon a small investment book with a chapter in it on charting. Reading this chapter on charting was my “eureka” moment. As Clark Gable would say, I couldn’t give a damn why a stock price went up – all I cared about was that after I bought it, it appreciated so I could sell it at a higher price, the more the better, so charting, which was all about price and not about the reasons why, had instant appeal. In the chapter on charting in this book was a derogatory comment about chartists by a then well-known British entrepreneur (don’t remember his name) who described chartists as “men with long overdrafts and tatty raincoats” – this was pretty rich coming from a guy who ended more than broke as a minus millionaire, and who in this state turned to writing children’s books. You still have to admire him though, for having the charisma to obtain such a massive overdraft.

Understanding that my little pot of money was not enough to live in the style to which I wanted to become accustomed and to speculate, I realized that I would have to get my hands dirty and get a job. Naturally I wanted a job that would further my quest, so I moved to London and got a succession of posts working first as a junior Technical Analyst or chartist in the City of London, initially with a commodity broker, then a big stockbroker and then a bank. Whilst working in these companies I sought to acquire an education in Technical Analysis. This wasn’t so easy in Britain in the early 80’s when the subject was generally regarded as being on a par with Astrology. With respect to technical market analysis it was like the Dark Ages in Britain at that time compared to the US – I still have a copy of the best-selling investment periodical of that time, called Investor’s Chronicle, with a front cover depicting Technical Analysis as Voodoo – that’s how backward it was. You could literally take some of these guys out into the street and beat them with a carpet beater and clouds of dust would fly off them. So it quickly became plain that if I wanted an education in this subject, I would have to turn to the US, and to the one beacon of light in Britain at that time which was the Society of Technical Analysts, which I joined.

Those were good days. It was a boom time in London, quite literally, with what was described as the “Big Bang” when markets were deregulated. The City had a positive upbeat “can do” vibe. Computerized charting started to appear with companies like Datastream, which meant that you didn’t have to update charts manually, so you could cover a lot more. Cellphones hadn’t yet appeared which had definite advantages because you couldn’t be bothered when you were away from the office, and also, if you went out with friends at lunchtime, they would actually converse with you instead of fiddling with their phones.

It wasn’t such a good time for the old duffers who saw their traditional way of doing things being phased out, which involved dressing in smart suits even in blazing hot Summer conditions, working at a snail’s pace and shuffling huge quantities of papers around, bullying junior employees and taking advantage of secretaries etc, and going out for liquid lunches where they would gobble quail’s eggs and quaff champagne. These guys were still worthy of respect, however, as they got paid a lot for doing very little – they pushed drudge work off onto more junior staff and lived the high life. They were called the “gin and Jaguar” set and commuted into London on trains from nice houses in the country. In the Summer they were far more interested in their social calendar than in work, with important concerns such as the Henley Regatta, racing at Ascot and Goodwood, and Wimbledon, and they would also go off to Scotland and fish and shoot grouse and pheasants. This is why the market nearly always peaked in May and went into a Summer drift. “Sell in May and go away, return again on Derby Bay” was the call for the British upper classes to slope off into a Summer of inebriated fun.

Anyway, I furthered my education in Technical Analysis or charting by ordering various good books from the US and by applying what I learnt at work on an everyday basis. I also had the good fortune to be able to read extensively Richard Russell’s “Dow Theory Letters” and Stan Weinstein’s “Professional Tape Reader” which I didn’t have to pay for because I got them off someone else in the office after he had finished reading them. Richard Russell had been going for a long time even then – little did I imagine that he’d still be at it all these years later. There aren’t many newsletter writers around these days who can show you how to get a car started with a cranking handle. I also obtained the UK Society of Technical Analysts’ Diploma.

By 1987 I had earned a good rest and went to live on a Greek island called Patmos for over a year. While I was doing such demanding things as watching clouds form and dissipate and sipping ouzo, my former comrades were heading into the 87 stock crash, which I learned about while sat at a beach café – “Poor blighters!” I thought with a wry chuckle.

In 1997 I went to live in southern Germany near the Alps, a place I like very much and was there about 7 years. It was here that in 2001 I figured out that a big new bullmarket was about to get going in gold and silver, after years in the doldrums, and I wrote an article about it called “The Sun rises on the Yellow Metal”, which was posted on various public websites. This article was very well received and it is what started a new phase in my career as a market commentator, and prompted me to start this website.

In 2005 I took a vacation in Chile which was where I met my now Chilean wife, and I decided to come and live here with her and we are now living in one of the best parts of the country near Pucon in the south, which is a good place to live if you like “the great outdoors” as it is an area of mountains lakes and forests with many National Parks and is very popular with young people who are into outdoor sports.

The years following 2005 saw the boom phase of the Gold and Silver bullmarket, until they peaked in 2011. While there is ongoing debate about whether that was the final high, it is not believed to be because of the continuing global debasement of fiat. The bearmarket since 2011 is viewed as being very similar to the 2-year reaction in the mid-70’s, which was preceded by a powerful advance and was followed by a gigantic parabolic ramp. The Precious Metals should come back into their own when the various asset bubbles elsewhere burst, which looks set to happen soon now.

Read Clive's introduction to the site.

SOME OTHER WEB SITES RECOMMENDED BY CLIVE