WELL HOW ABOUT THAT? - GOLD & SILVER CAN GO DOWN AS WELL AS UP...
Tuesday, August 11, 2020
PRECIOUS METALS SECTOR ALERT...
Thursday, May 07, 2020
PM SECTOR update - CORRECTION OVER OR ANOTHER DOWNLEG FIRST??...
Tuesday, December 03, 2019
You will recall that last Wednesday a warning was posted before the open that gold was about to break sharply lower from a bear Flag, which it did the very next day, so you had a full day of trading to prepare, either by exiting positions, placing stops or purchasing inverse ETFs or Puts, and I was pleased to learn that some of you did just that. As we can see on gold’s latest 8-month chart below, the 3-wave A-B-C pattern is targeting the $1240 - $1250 area 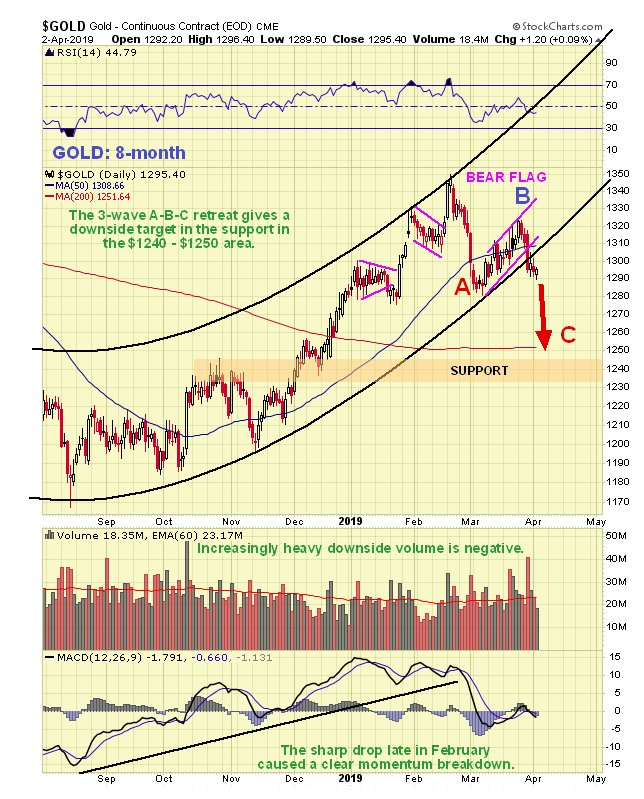 But there is another way of looking at it. Gold (and silver) now appear to be close to breaking down from Head-and-Shoulders tops, with this pattern shown on the same 8-month gold chart below. If a true H&S top is forming in gold, and the recently bearish volume pattern suggests that it is, then the minimum downside objective following a breakdown is a $70 drop from the neckline of the pattern, which gives us a target at about $1220. 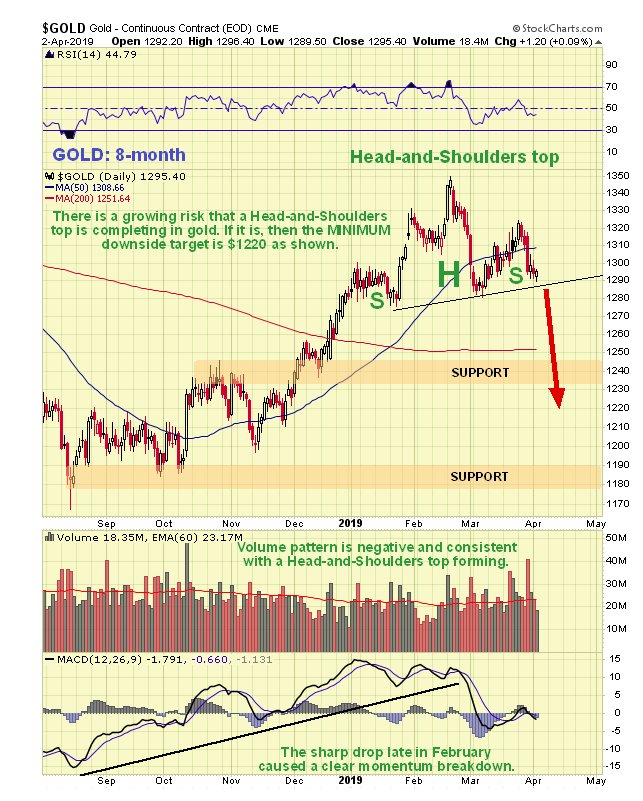 Such a drop will of course inflict further damage on PM stocks. How much damage it is not so easy to say looking at the 8-month chart for GDX below, but it seems likely that it will crash the nearby support level shown and drop to the next support level in the $20 - $20.50 zone, and it is unclear at this stage if this support will hold or whether it will breach it and drop further towards the lowest support shown on this chart. 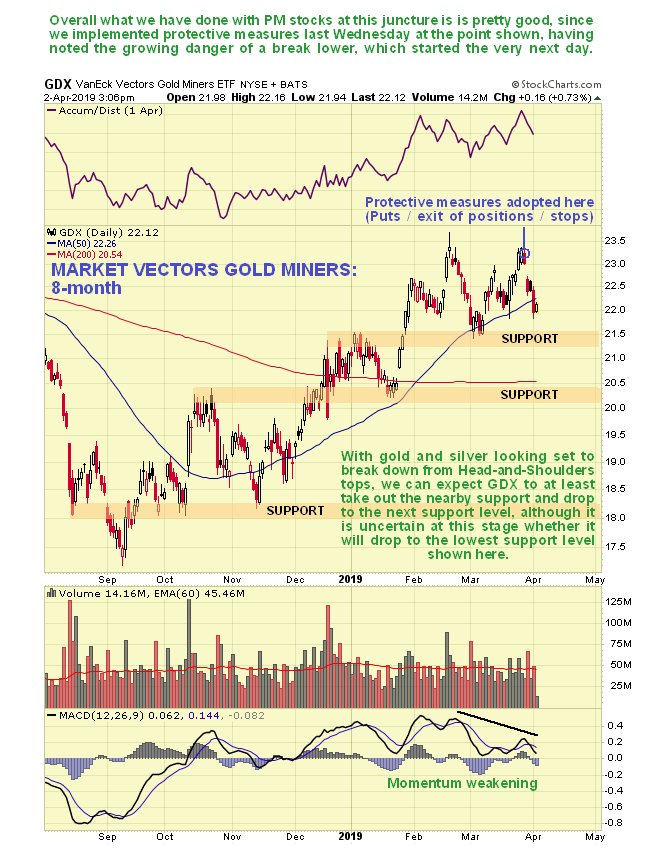 Silver’s chart remains weaker than gold’s, which is normal at this stage in the cycle, which explains why on its latest 8-month chart that a downsloping Head-and-Shoulders top has formed in it. It is currently at a significant support level which gold isn’t, but that is unlikely to spare it further losses if gold drops as it looks like it is set to. 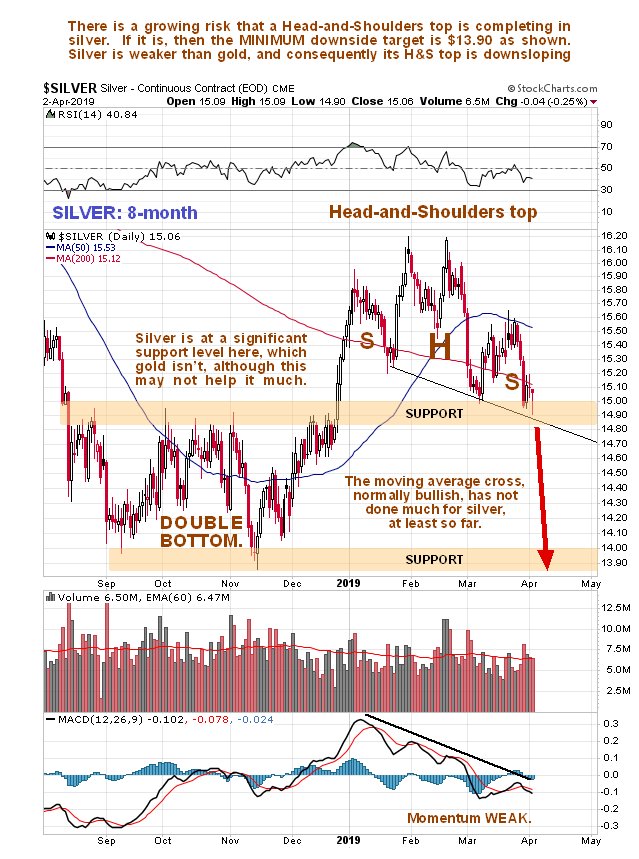