Welcome to the HYPERINFLATIONARY DEPRESSION...

PM SECTOR CORRECTION STARTS AS RISK ON AND SEASONAL FACTORS WEIGH...
Friday, June 05, 2020
BLOCKCHAIN STOCK LOOKING READY FOR 2nd BIGGER UPLEG...
Friday, May 29, 2020
Getting Positioned for the WORST DEPRESSION IN THE HISTORY OF THE WORLD...
Sunday, May 24, 2020
The title of Leo Tolstoy’s massive tome, War and Peace, which many have heard of but few have read, implies a cyclical alternation between these conditions, which never ends, no matter how great the level of technological advance, because of the nature of men, which does not change. It is the same with the great economic cycles which alternate between boom and bust. Once a parasitic overclass gain absolute power and a society is riven with corruption, decadence, graft and nepotism then its downfall is assured and is only a matter of time – and what empowers the parasitic overclass more than anything else is a fiat money system, which enables them to award themselves unlimited funds the better to live off the backs of the labor of everyone else, and no entity on the planet provides a more graphic example of this than the US Federal Reserve. The ending of the Gold Standard in 1971 ushered in the age of fiat as we now know it, and the profligacy that this enabled sowed the seeds of the total destruction of currency and the period of extreme crisis that is now starting; we are now going deep into the bust part of the long-term economic cycle as the 16 million or so workers who have just lost their jobs in the US in the space of 3 weeks know only too well. Whilst the dollar has remained relatively strong compared to other currencies in the world, this is only because, up until now, it has enjoyed the status of being the global reserve currency, but if you want to see what has really been going on you have to take a peek beneath the hood, which we can do by looking at the following chart showing the astounding decline in purchasing power of the dollar since the Federal Reserve was created in 1913… 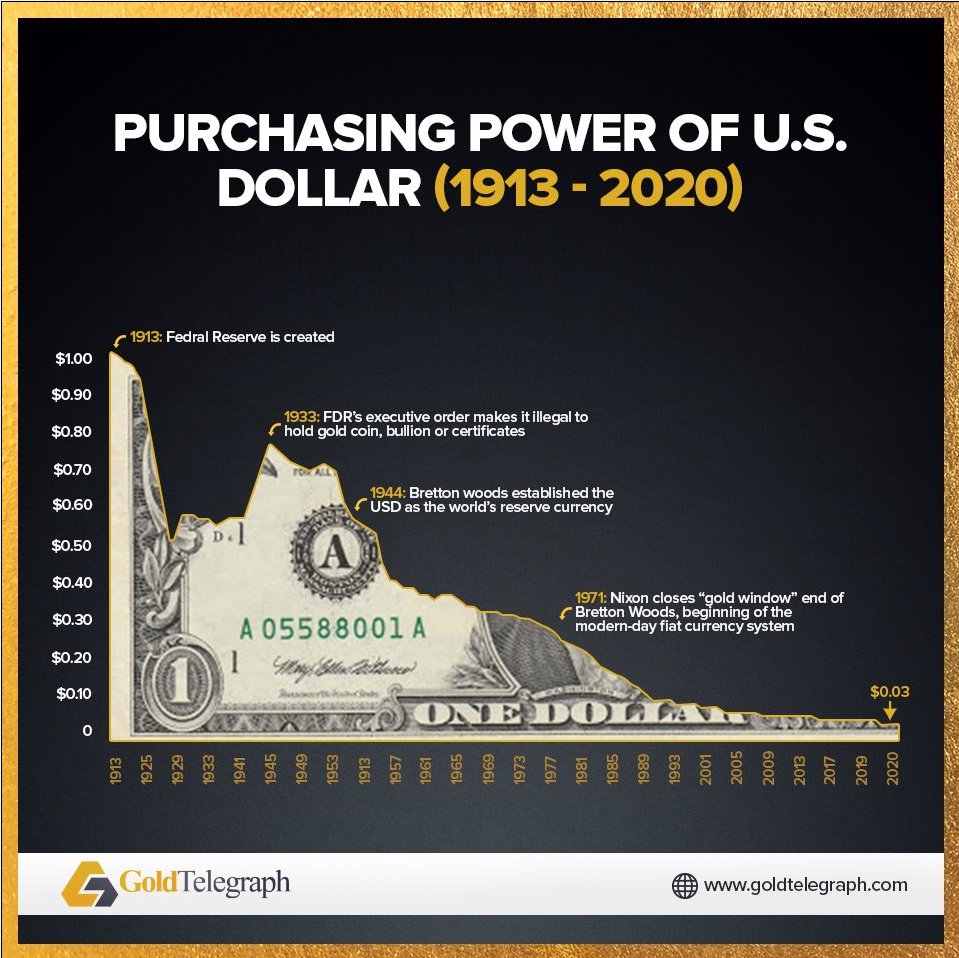