Further to the Email alert sent out earlier at about 12.25 pm EDT that read as follows…

Due to continual Fed pumping the broad market is moving against us, and later we will consider whether to temporarily stand aside from our short positions.”

The charts for these two making clear why we are taking profits here are presented below. Basically it is because of the risk of them forming a Double Top with their earlier highs, in the case of Algernon with its highs of about 2 weeks ago and in the case of Cytodyn, with its highs of late March / early April, which is increased by the risk of the broad market rolling over this week. 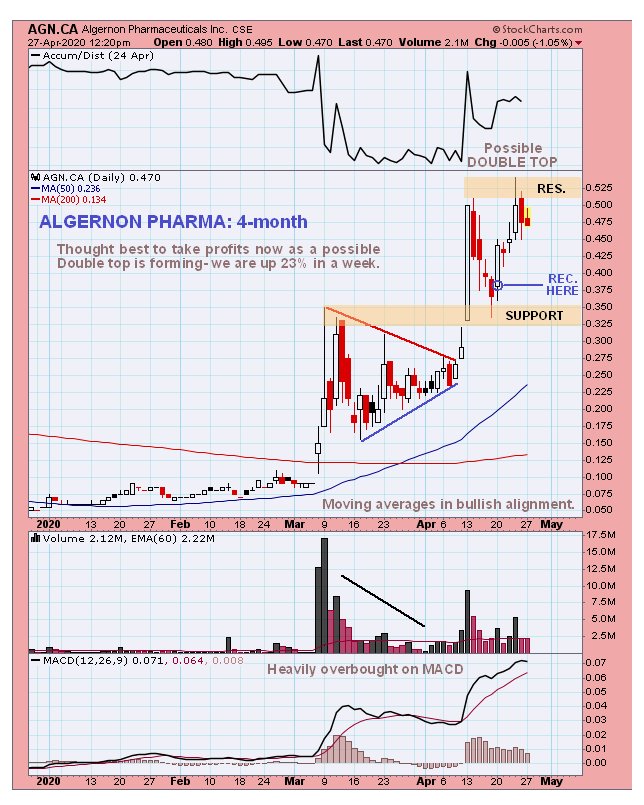 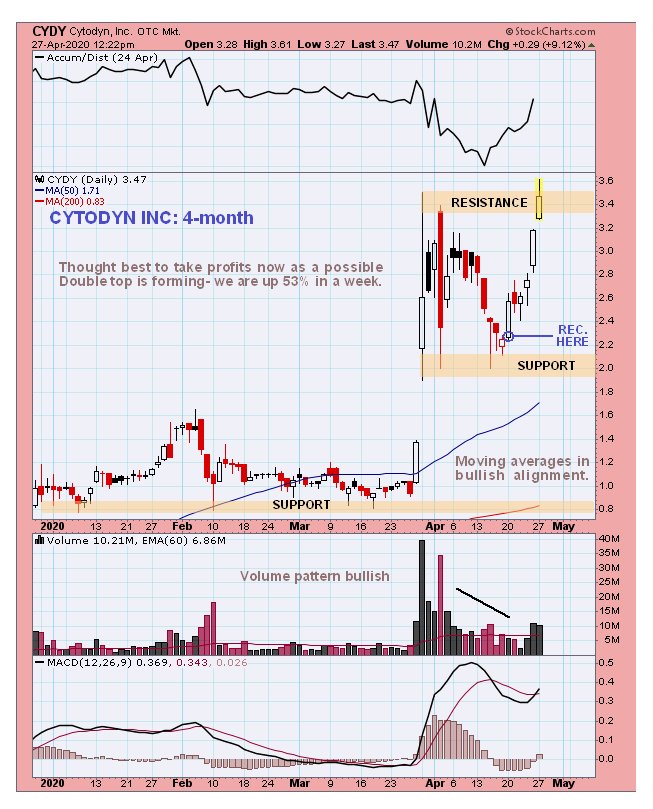 We may buy these stocks back later as their longer-term prospects remain bright.