NexTech AR uses Augmented Reality to enhance the eCommerce experience for shoppers and thus improve sales. We made some good gains in its stock late last year and early this year, then lost interest in it when it “came off the boil”. Now it appears to be coming back to life, with a good rally off its March lows followed by a minor reaction as we can see on its 6-month chart below.

Now we’ll look at recent action in more detail on a 3-month chart. On this chart we can see that the initial hesitant first upwave off its March lows has been followed by a much more resolute advance during the first half of this month that drove the price clear above its moving averages before consolidation set in. This consolidation has taken the form of a bull Pennant whose duration has allowed the earlier overbought condition to ease and moving averages to swing into better alignment with the 50-day moving average flattening out and bunching with the 200-day, a setup that commonly leads to a strong advance. Volume has dropped back in a satisfactory manner. This Pennant looks to be about complete and with the price having dropped back a bit more yesterday, we are thought to be at an excellent entry point ahead of the next upleg. 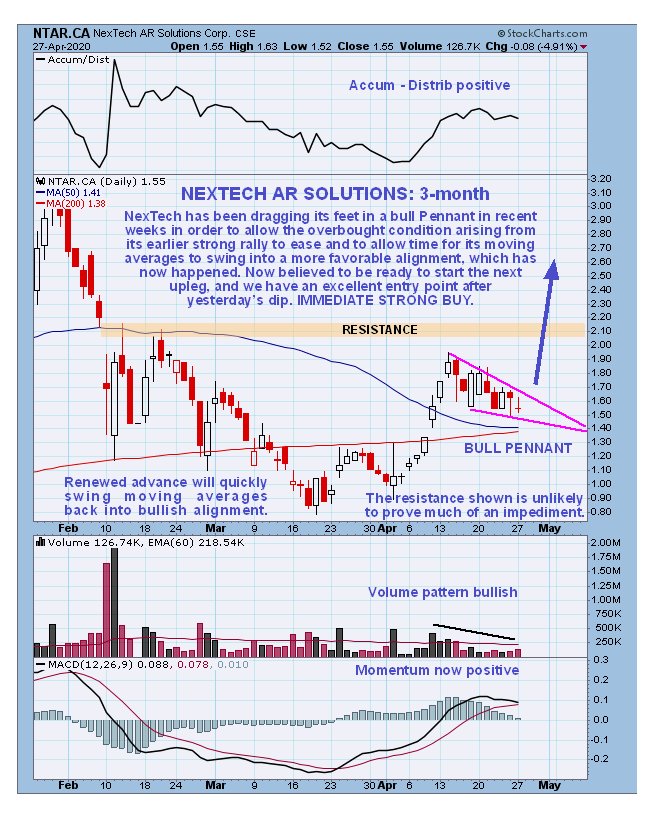 Additional bullish clues can be found using a 1-month chart, on which we see that the 2nd upwave off the lows, which was stronger, involved a run of white candles where the price gapped higher day after day for several days on good volume, a pattern known as “4 White Soldiers” which is bullish and a strong indication that the strong is now in an uptrend, so that the reaction of the past couple of weeks has provided us with a good entry point from a price and time perspective, meaning that not only are we able to buy at a good price here, but it should get on with it very soon and embark on another strong upleg, resulting in quick gains for us in the same manner as CloudMD Software and Cytodyn that we sold yesterday for 50% gains in just a week. 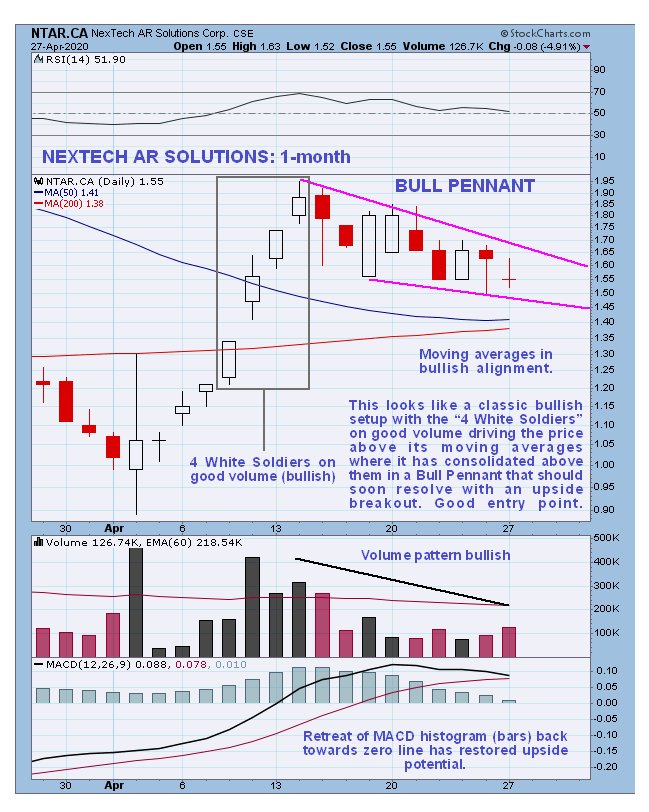