Further to its being recommended on the site a few days back for an upside breakout from the current bull Pennant pattern leading to another sharp upleg, this brief update is to point out that the pattern in Aurora Cannabis looks even more bullish now with a continued steady volume dieback, so that at the time of writing only about 3 million shares have been traded so far today compared with over 100 million in one day when it blasted higher in the middle of May. The volume pattern looks very bullish indeed and is consistent with a bull Pennant completing, and volume is now so light relatively speaking that an upside breakout looks imminent. 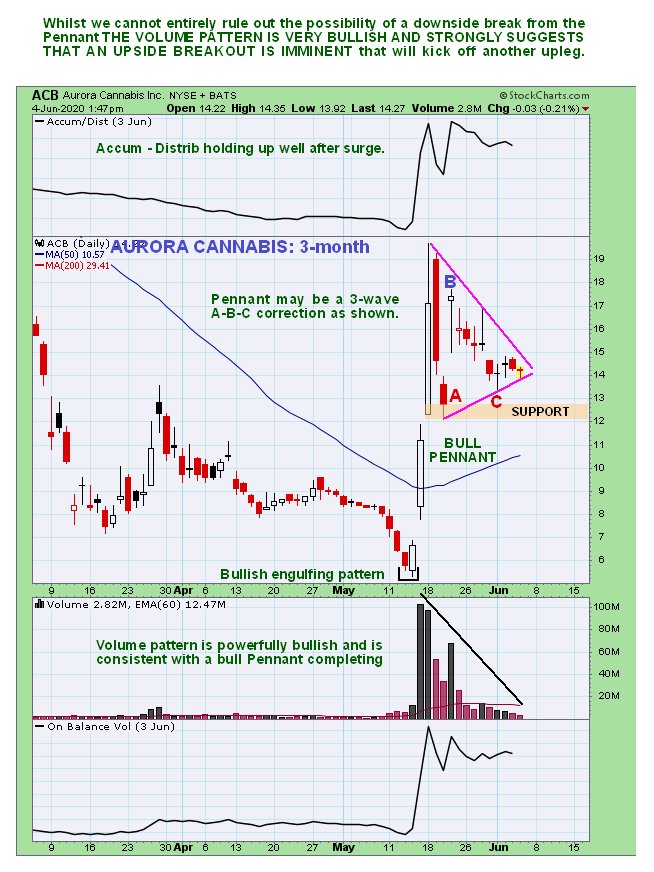 Aurora Cannabis is therefore rated AN IMMEDIATE STRONG BUY for another sharp upleg that is expected to commence very soon.

Another upleg in this large cannabis stock should have a positive effect on many stocks across the sector, including Icanic Brands that we went for a day later than Aurora.