Although our buying towards the end of May didn’t succeed in triggering a breakout by Black Tusk, it rose a bit and its technical condition has continued to improve, as we can see on its 8-month chart below. There is no point in writing much here because the arguments in favor of buying the stock were set out in the May 27th article on it, to which you are referred. Given the ongoing strong upside volume and continuing strong volume indicators, I am frankly surprised that it hasn’t broken out already. Maybe it’s waiting for the moving averages to kiss, which as we can see they are about to. 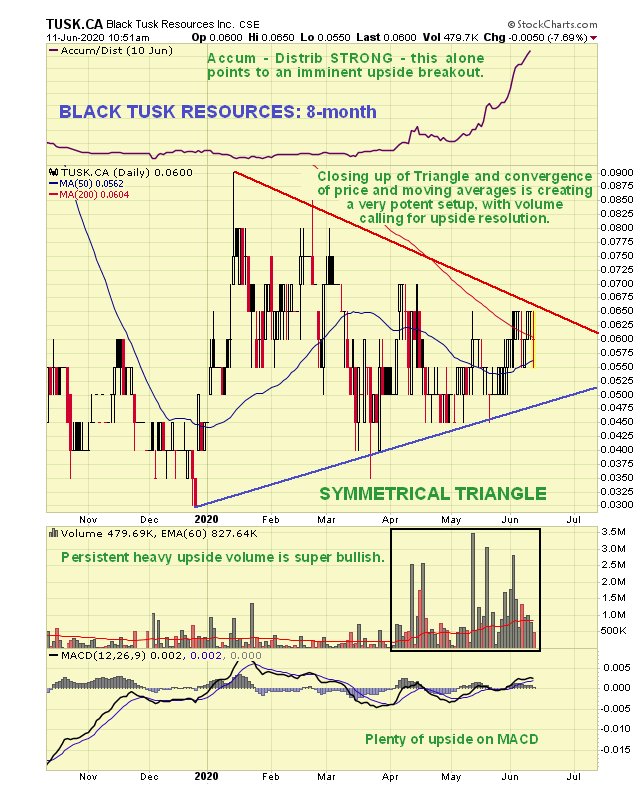 There is an important point that I want to mention which was not covered in the original article, which is that when we look at the base pattern from the early October low on a 1-year chart, we can see that it has taken the form of a Cup & Handle, with the Handle of the pattern now looking complete as the moving averages come together. Again on this chart we can observe the super bullish volume pattern and volume indicators. One explanation for the lack of progress so far may be that there is a big seller in this area, but if that is the case the volume pattern and volume indicators suggest that he is on the wrong side of the equation, and that once this selling is absorbed, the price will take off higher. 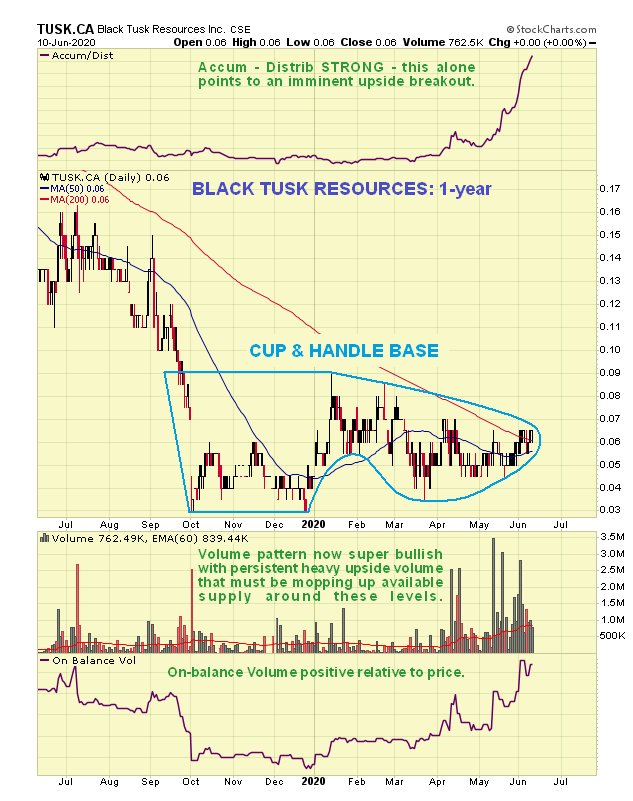 Finally, on the 3-year chart we can see that with the sideways to up movement of the past couple of weeks the price is pushing a breakout from the long-term downtrend shown in force from late 2018. 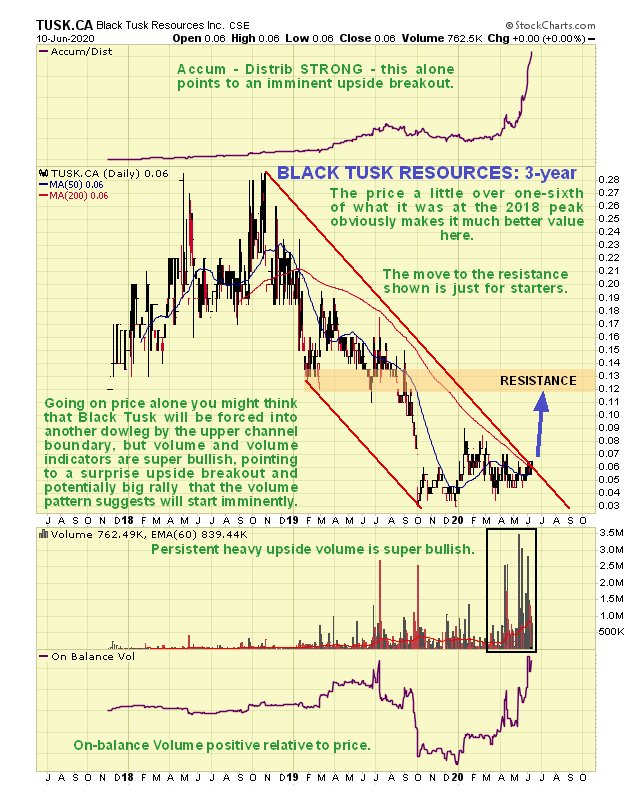 The one “fly in the ointment” that could delay the breakout or cause a minor short-term retreat is that a potential Head-and-Shoulders top is forming in the sector indices and GDX that could become operative if the stockmarket continues to drop hard, as we can see on the latest 6-month GDX chart shown below. Any retreat caused by this should only be minor because the Black Tusk chart is so technically strong.

Trading volume on the US OTC market used to be very light, but has built up nicely in recent weeks. There are a reasonable 68 million shares in issue. 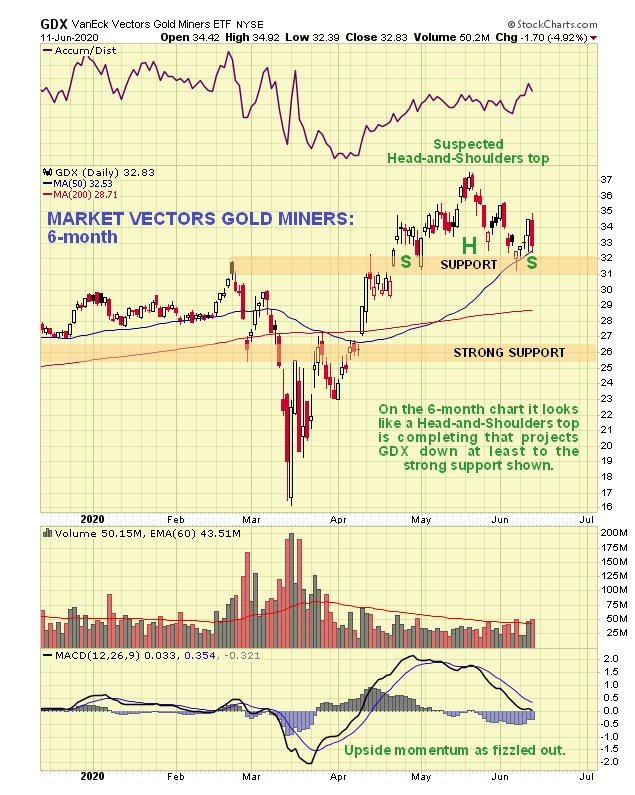 Note that in a day or two I might put this article out to some public sites, which, in addition to publicity, might help to get the thing moving.

Postscript added 13th June: puzzled by the refusal of Black Tusk stock to advance, I have done a little digging around to see if I could unearth a fundamental reason for it – and I have. The company is waiting on soil sampling results from the McKenzie East Gold Project that are due within a week or so and possibly within days. Our charts provide compelling evidence that these results are going to be positive and lead to a breakout and sharp advance. The strong upside volume for weeks means one of two things – either insiders know the results are going to be good and they and their associates are piling in, or those who realize the potential of the district are making an educated gamble on them being good. Could the results disappoint? – anything is possible, but our charts strongly suggest that they will be very positive. In view of all of this it considered worth going overweight on this stock, and it might also make sense to regroup any losing positions into it.

Finally, in the event that this stock duly breaks out and goes screeching higher I would like to emphasize that I have no “inside information” on this company and have not been in touch with them. The deductions made are based solely on its stock charts and on information made public by the company.