IS THE APPLE MELTUP ABOUT DONE?? - options strategies...

This morning we are going to take a look at market flagship and bellwether stock Apple, which has been in meltup mode, despite the economy being “dead in the water”. The reason for this is twofold – one is that it is a “New World Order” darling company which makes personal tracking devices (cellphones) that the masses love and are prepared to pay very high prices for, until they are homeless and broke that is. The other reason is that the Fed has been creating trillions of dollars out of nothing, part of which has gone into driving up the stocks of companies involved in creating the new technocracy, like Apple.

However, there is a limit to everything, even to how far and how fast the Fed (and legions of speculative investors stuck at home playing the markets) can drive the price of Apple stock higher, and right now the stock is at incredible overbought extremes, of the kind that could quickly produce a brutal selloff, as once traders sense that the current vertical uptrend is faltering, they stampede to book profits, jamming the exists and causing the price to go into freefall. In fact the chart of Apple looks very like the chart for Bitcoin at the end of 2017, before its vertical plunge, that was called on the site to the day. Of course, if this should happen, the entire Tech sector is likely to go down for the same reasons, and the shockwaves should bring down the entire market, which might be planned and also carefully timed as an attempt to scupper Trump’s chances of re-election, as he places so much store in the stockmarket.

Timing a breakdown from a meltup rally like this into a freefall panic is never easy, even with experience, and we must remain aware that it could go even higher short-term before it breaks down, but from the way the charts below look, it is likely to happen soon. 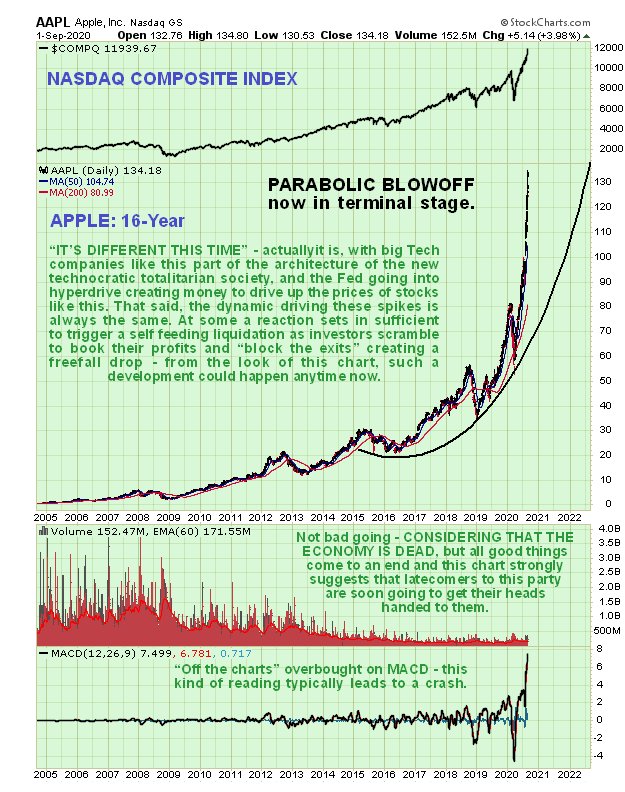 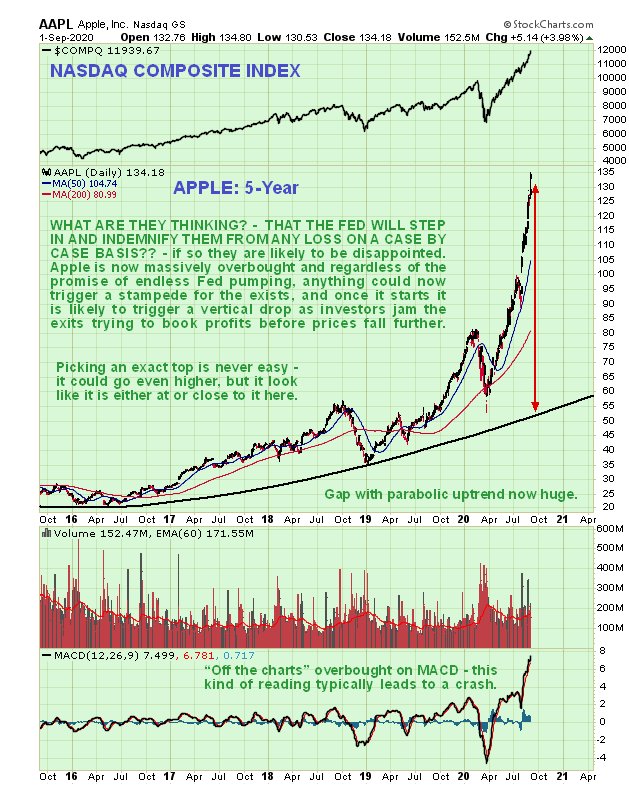 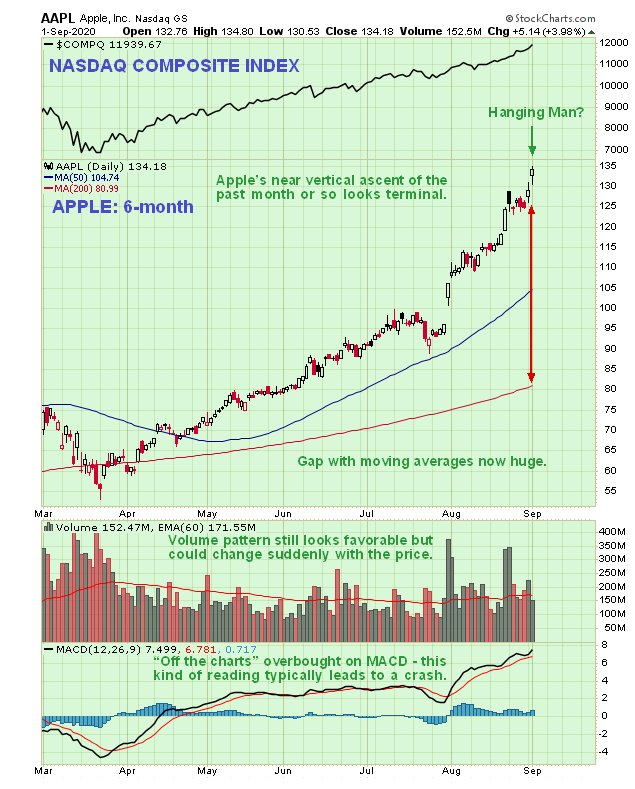 Note that the color selected for these charts is intended to be in keeping with the name of the company, hence it is green like a “Granny Smith” apple.

For those of you who truly grasp the situation, this is thought to be a good time to buy some Puts in Apple – don’t go overboard – only do an amount you can afford to lose, for this is an audacious trade, but if it works the payoff could be very big. One approach is to scale in, nibble at them and see how it goes, and if the setup looks even better a little later, do more. Remember, Apple could go even higher before it reverses, but the higher it goes the greater the risk and the bigger the ensuing plunge. A suggested option series is shown on the table below, and you could do lower strikes if you wish – they have less chance of working but also cost a lot less. Keep in mind that the idea of options in something like this, is that your risk is small, limited to your stake, but the payoff in a setup like this could be huge if it works… 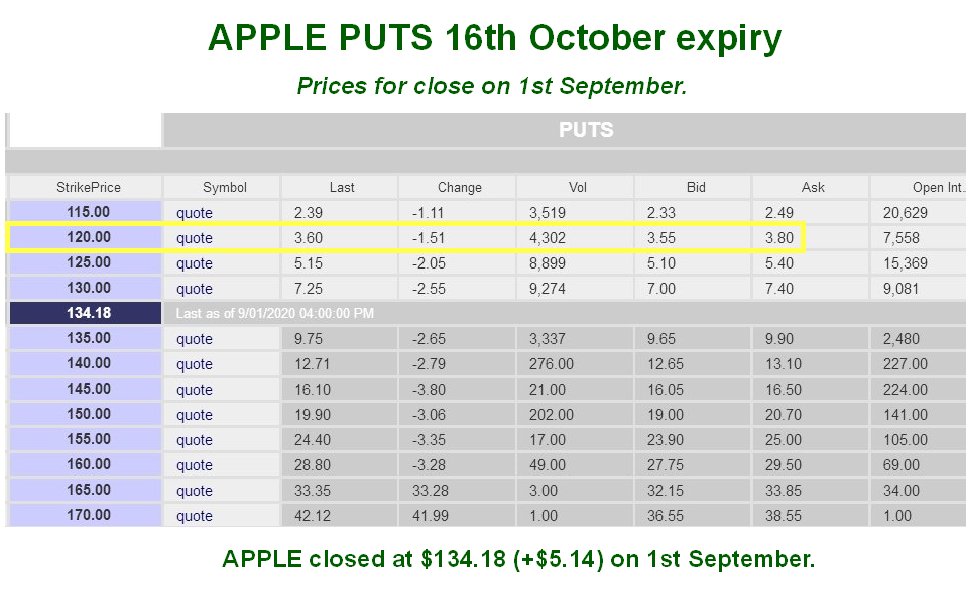 The market looks set to open slightly higher so we might see good prices for the Put options early today.

Finally, as mentioned above, if Apple does go down in flames soon, so will the rest of the bloated Tech sector and that will drag down the entire market, and even the Precious Metals sector could suffer some collateral damage, so pull in quite close stops at the first sign that things are starting to unravel. If the wheel comes off then the Fed can be expected to step in on a larger scale than ever before to drive the markets back up again, probably waiting until after maximum damage has been inflicted on Trump before the greater gains are made. They might have more success with this than with their ridiculous Russiagate hoax.