I was going to write something this morning on the election fraud and scandal in the US, and its possible effect on the markets, but I stumbled upon this opportunity which looks too good to leave writing about until later, so will write about the elections etc. after – there is no hurry with it anyway as it looks set to drag on for weeks.

Westwater Resources is a company that has moved into graphite and is expected to advance its graphite project in Alabama to production quite swiftly. Graphite is a commodity that will be in big demand as it is used in the batteries for electric vehicles and in other applications like Smartphones. Also of note is that there appears to be a very small number of shares in issue at about 11 to 12 million, so any significant influx of demand will quickly cause it to spike, as happened dramatically in October, when it rose more than 7-fold as can be seen on its latest 3-month chart below. 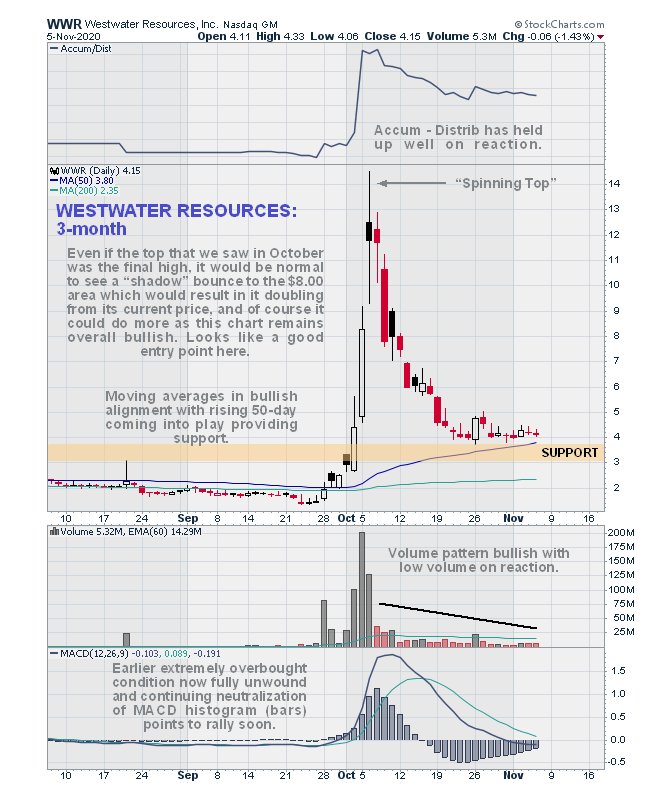 After its big runup to briefly touch $15 in October, the price came rattling all the way back down to the $4 area, where it is believed to have hit bottom above its rising 50-day moving average in recent weeks, due to the volume pattern overall remaining very positive, with the result that its volume indicators have held up well. The big reaction has now led to the complete neutralization of the MACD indicator, which showed a massively overbought condition soon after the peak, and the way that the MACD histogram (bars) is creeping back towards the zero line suggests that it is getting ready for another rally, and the news out of the company just this morning about a conference call on November 12th may be what triggers it. 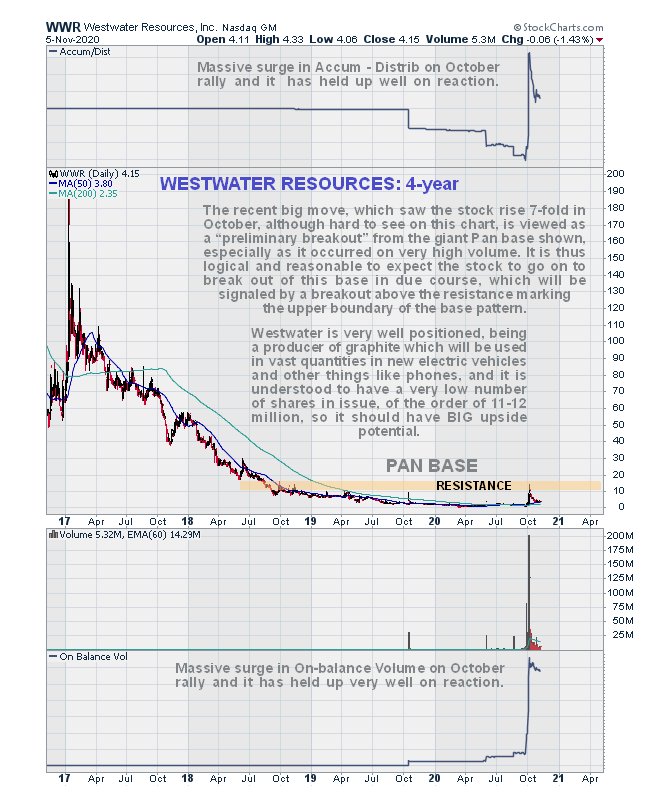 The 4-year chart is useful as it reveals that the stock is historically cheap and that it has been marking out a low Pan base since mid-2018. The sharp runup in October thus looks like an attempt to break out of this base that is classed as a preliminary breakout, and although it failed, or more positively didn’t succeed yet, it looks like it will lead to a sustainable breakout soon.