THE GREAT MAUND US STATE FRIDGE MAGNET COLLECTION, Part 1 of 2...

Some of you may recall the off-topic article posted on the site about my jaunt along the Oklahoma Panhandle which was part of a meandering journey around the central States of the US back in the Spring of 2016. Immediately after departing a place called Hooker in the Oklahoma Panhandle I entered SW Kansas and soon arrived at a small town called Meade where I visited the “Dalton Gang Hideout” which is where a famous gang of Wild West bank robbers used to lay low between raids. The entry house contained a hidden tunnel to another house at the back where they lived. The place is now a museum about them and the Wild West. When I was there I was the only visitor and spent a considerable time conversing with the curator, a fine fellow named Mark, who looked and lived, as much as he could, like a cowboy – he told me he was born “100 years too late”.

Anyway, in the small museum shop I saw that he had fridge magnets for every State in the US. As I couldn’t decide which ones I liked most, I bought the lot, all 50 of them.

Although these magnets might be considered to be “kids stuff” they are actually quite educational, as they show the shape of each State, attributes or themes for each State such as the covered bridges and Indy 500 race in Indiana, the lakes of Minnesota or the gambling in Nevada, and the position of the State Capital of each State is indicated by a star, which is named. This last point is interesting as many people have misconceptions about what the State Capitals of many States actually are – for example, they assume that the Capital of Florida is Miami, but it’s not, it’s Tallahassee, that the Capital of Nevada is Las Vegas when its Carson City, and the Capital of New York State is New York City, when instead it’s the much smaller town of Albany.

As there are 50 States there are 50 magnet pictures. So in an effort to prevent the page load time being too great I have split the collection into 2 articles / pages. Do take the trouble to save the images if you are so inclined, for your own sakes and especially to keep and send on for the benefit of any kids you know – kids like this sort of thing of course. If you’re really keen you can print them out and put magnetic backing on them and stick them on your own fridge, in which case you might want to scale down the pictures before you print them out, otherwise you might need a very large fridge. I like them because they summon up memories of happy and interesting times spent in many States – although I am a Brit living in Chile I know the US better than many Americans.

Finally, in the event that there is a civil war in the US soon and as a result State boundaries change, I can always go back to Meade, Kansas and buy another lot, hostilities and Covid restrictions permitting, and hopefully Mark will still be there – but I’ll cross that bridge when I come to it.

The first 25 State magnets, in alphabetical order, are below, with the remainder in the following article / page. I hope you find them interesting… 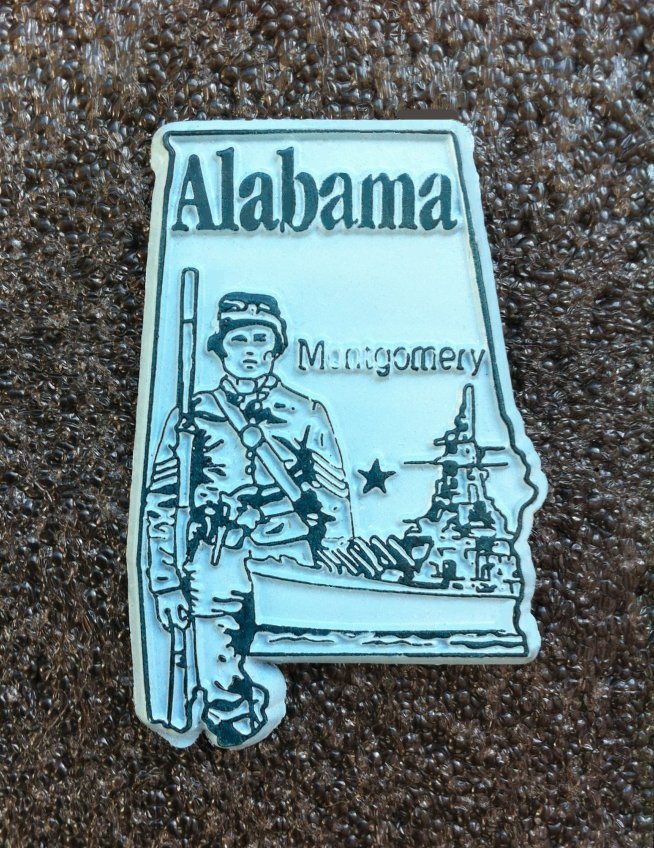 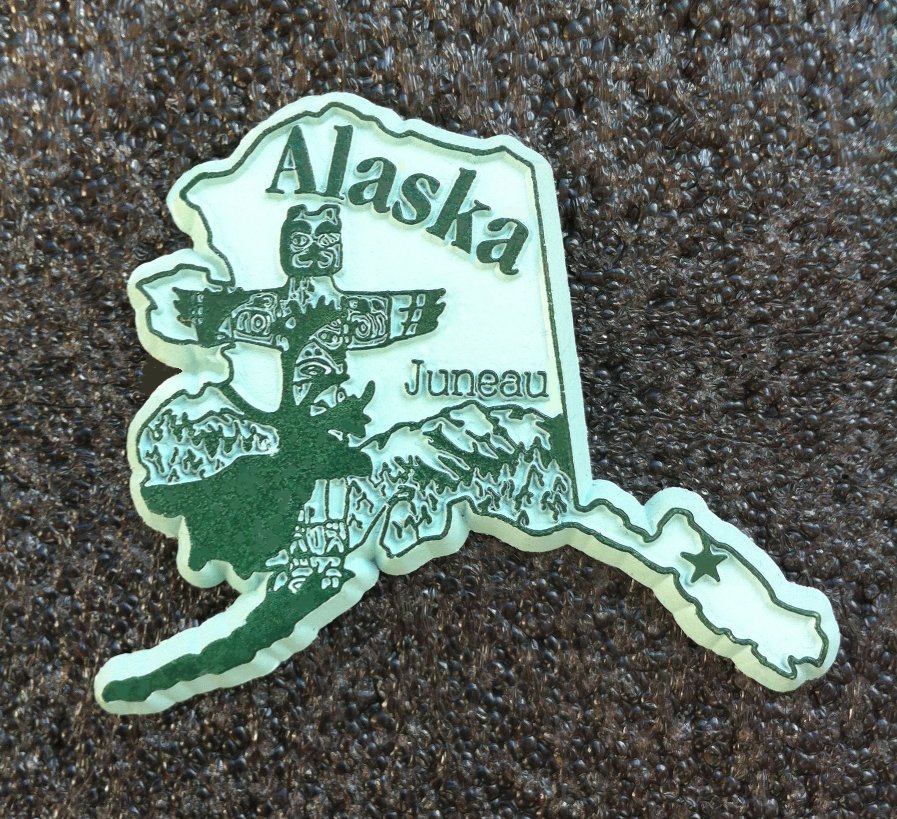 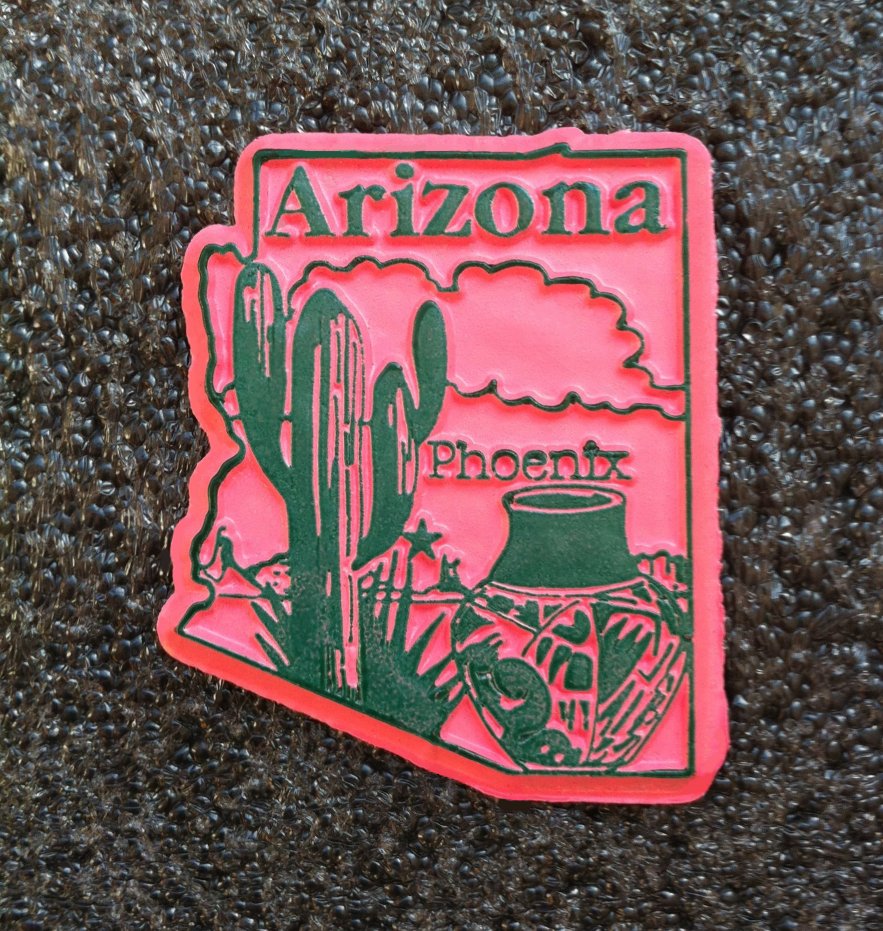 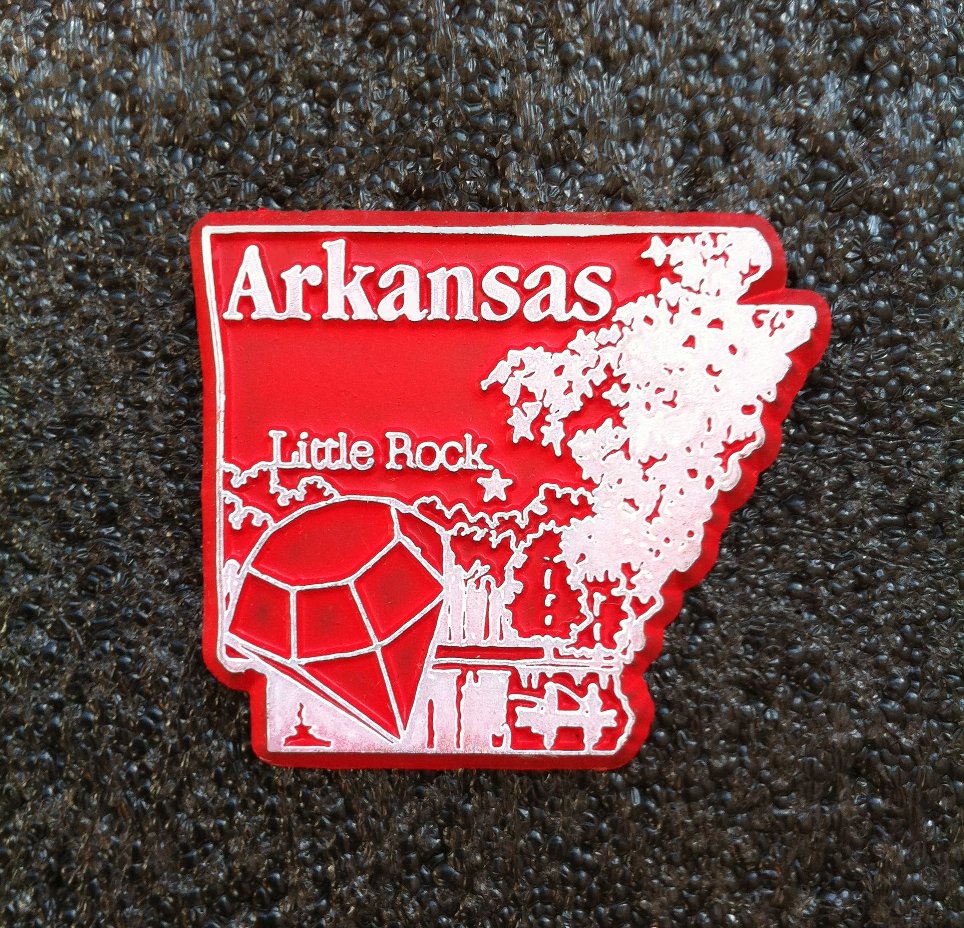 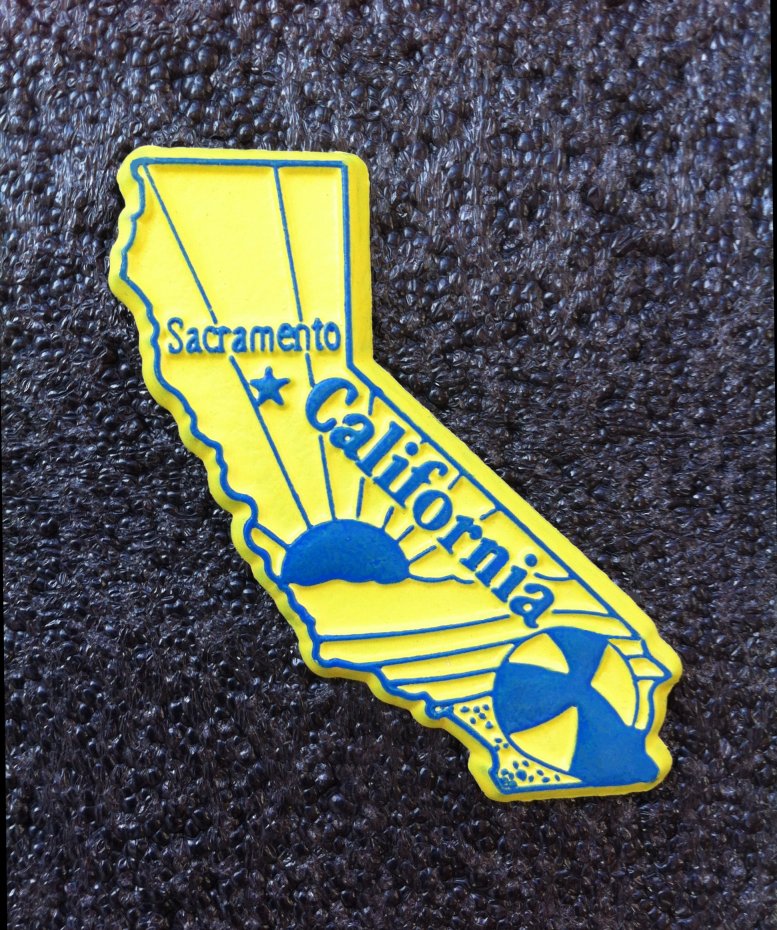 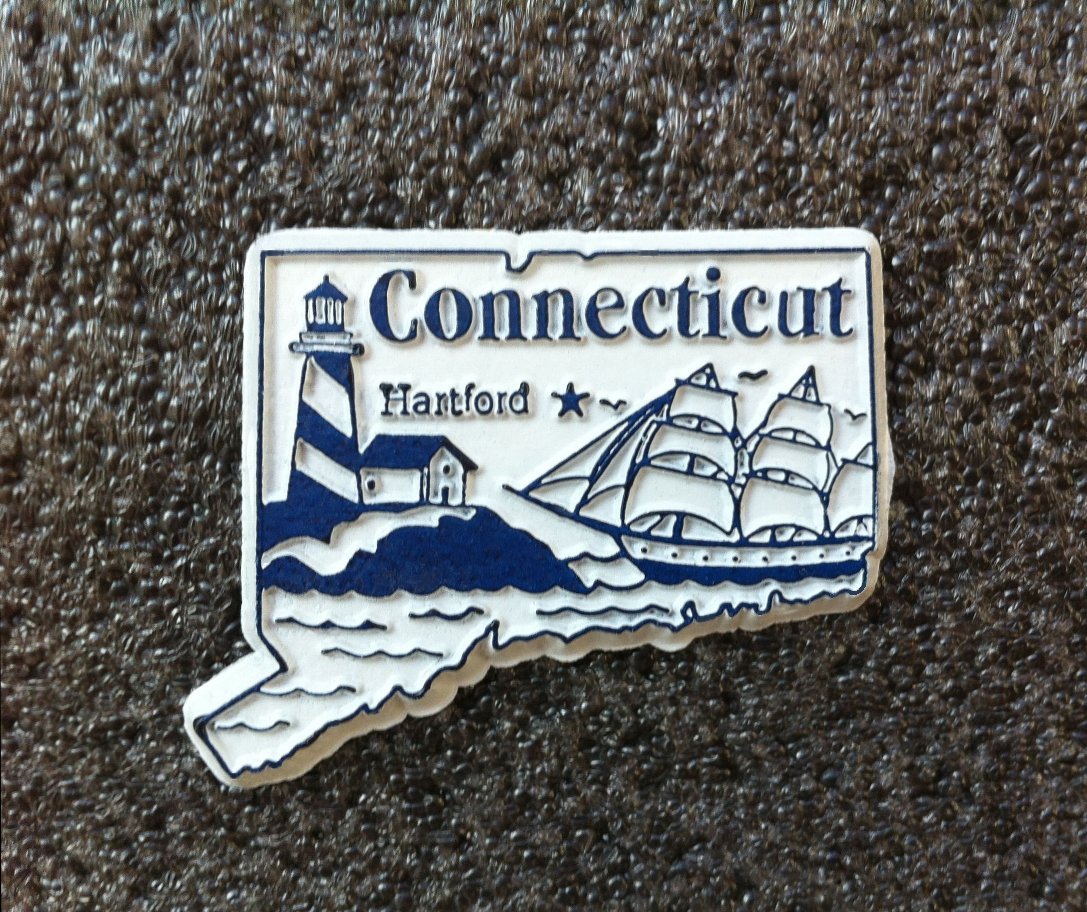 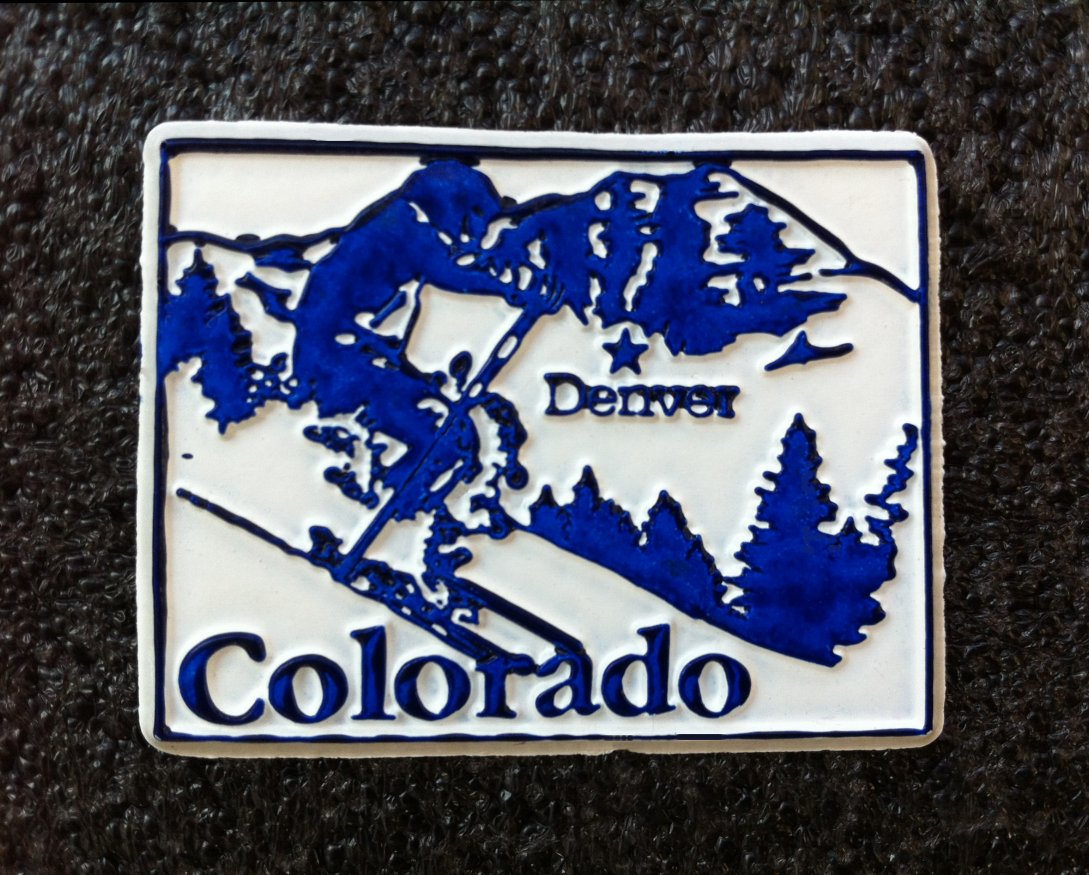 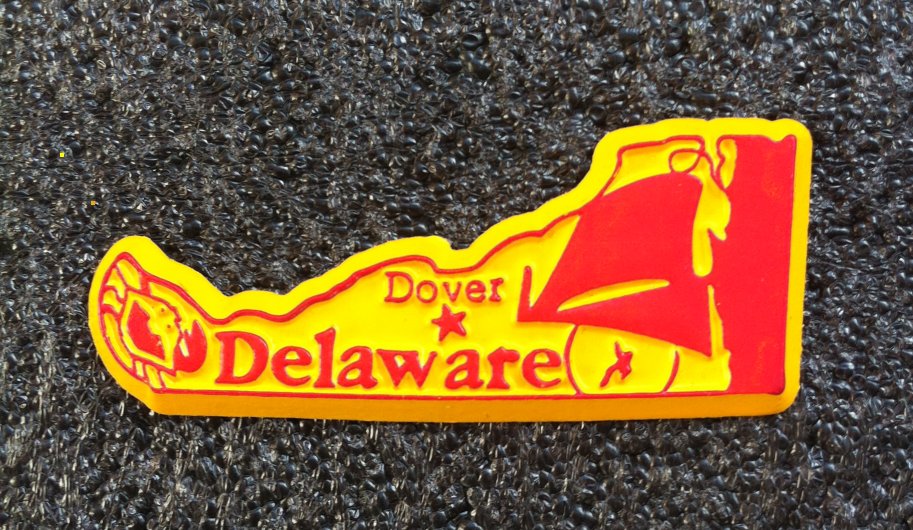 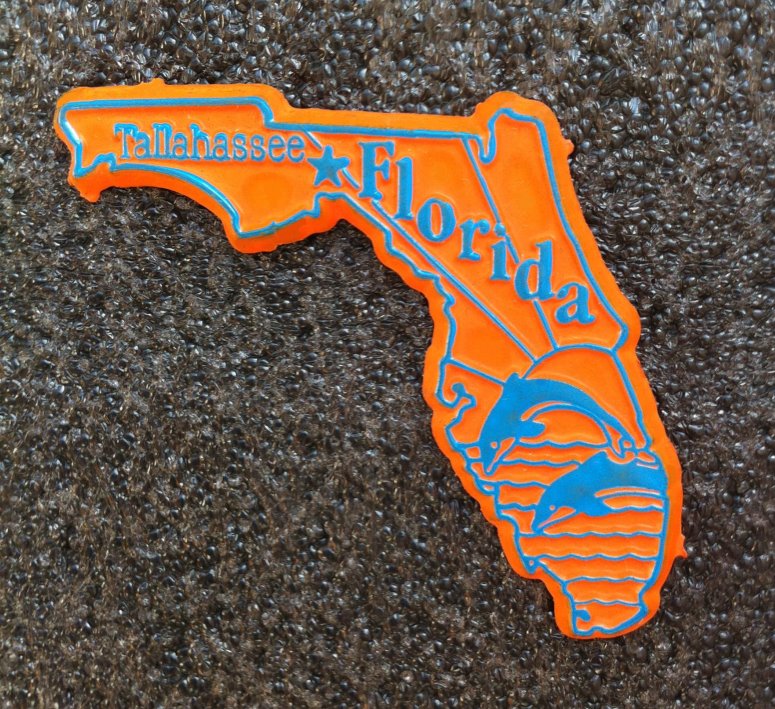 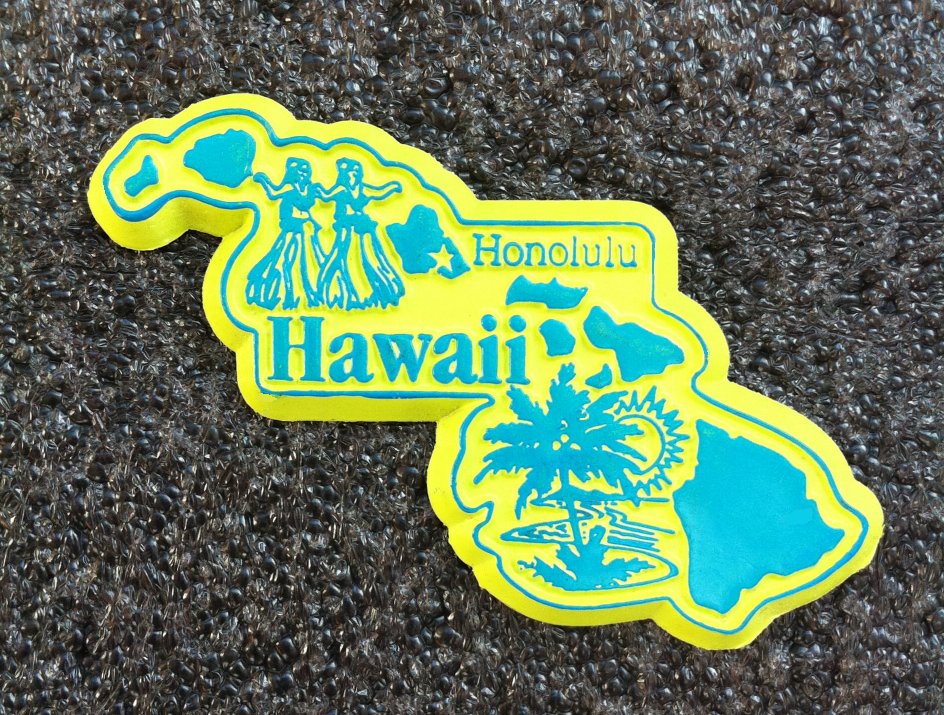 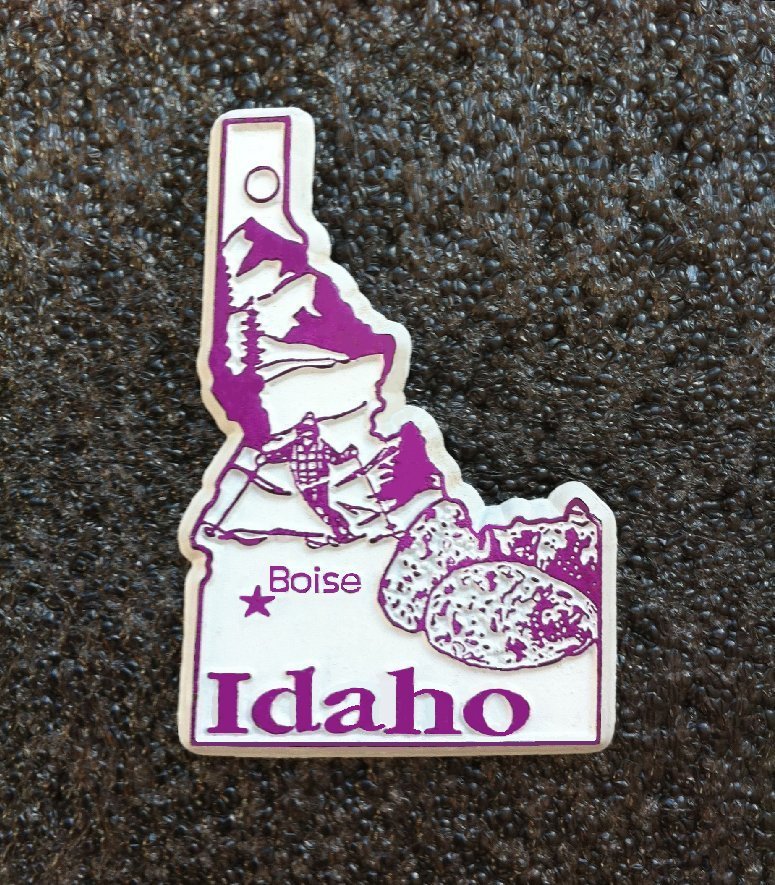 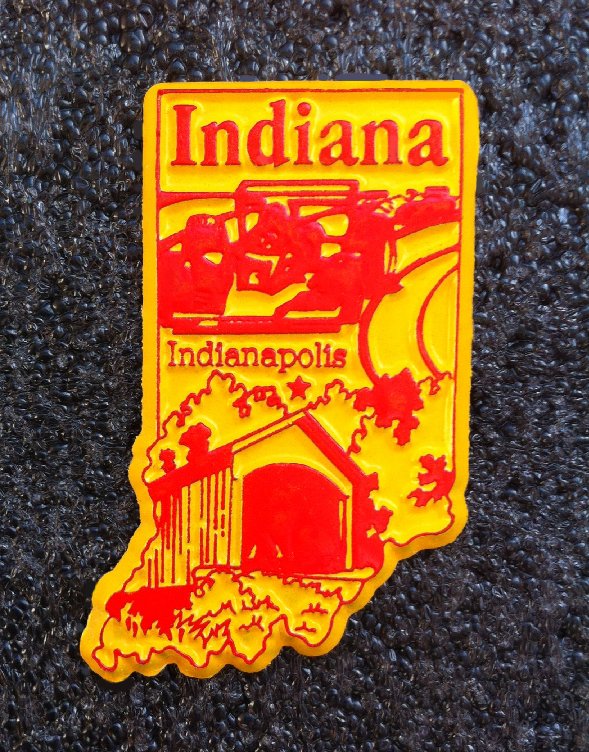 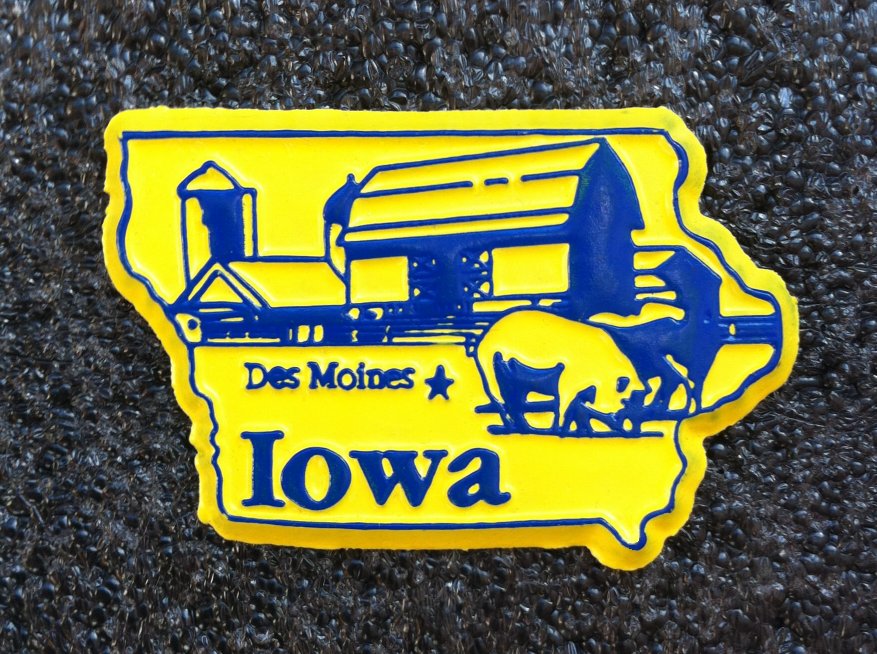 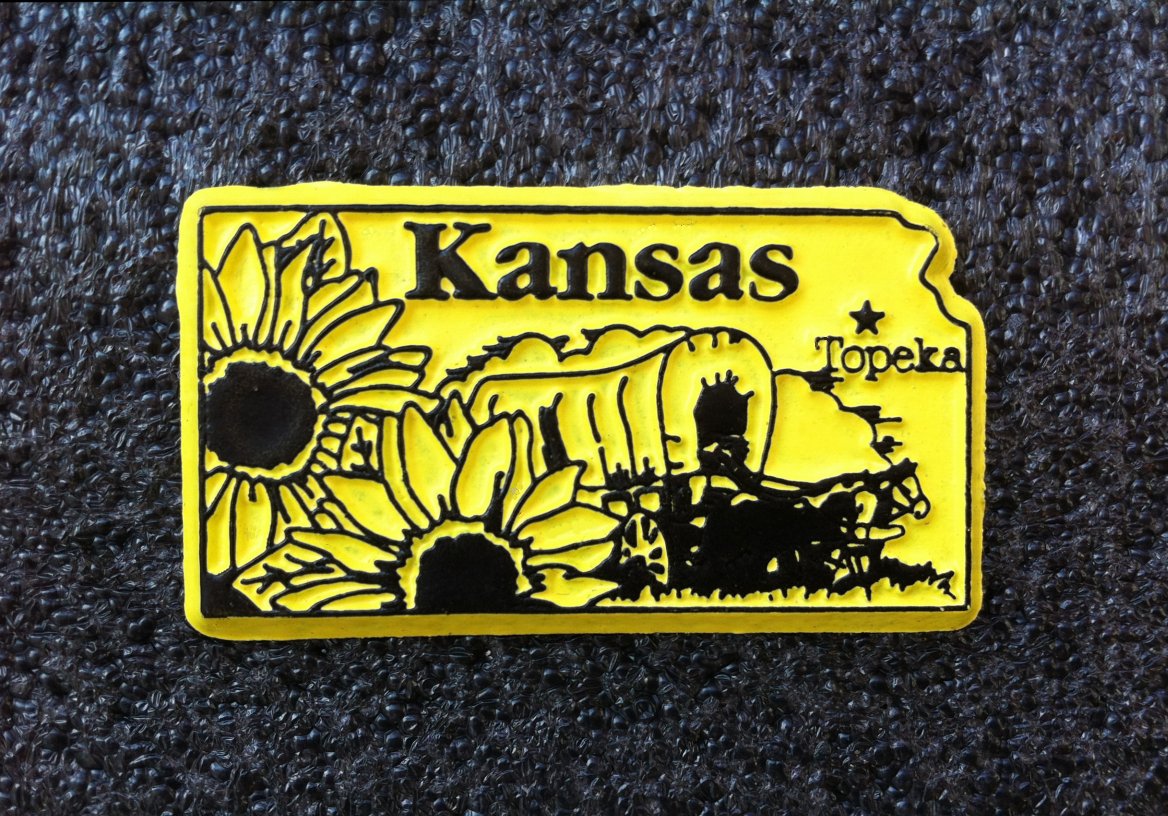 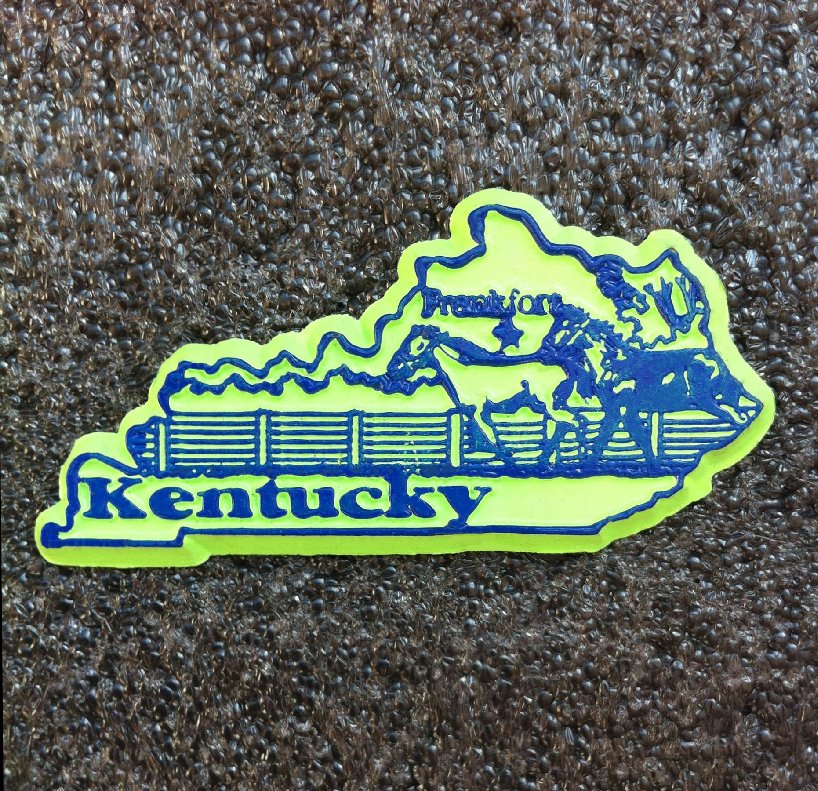 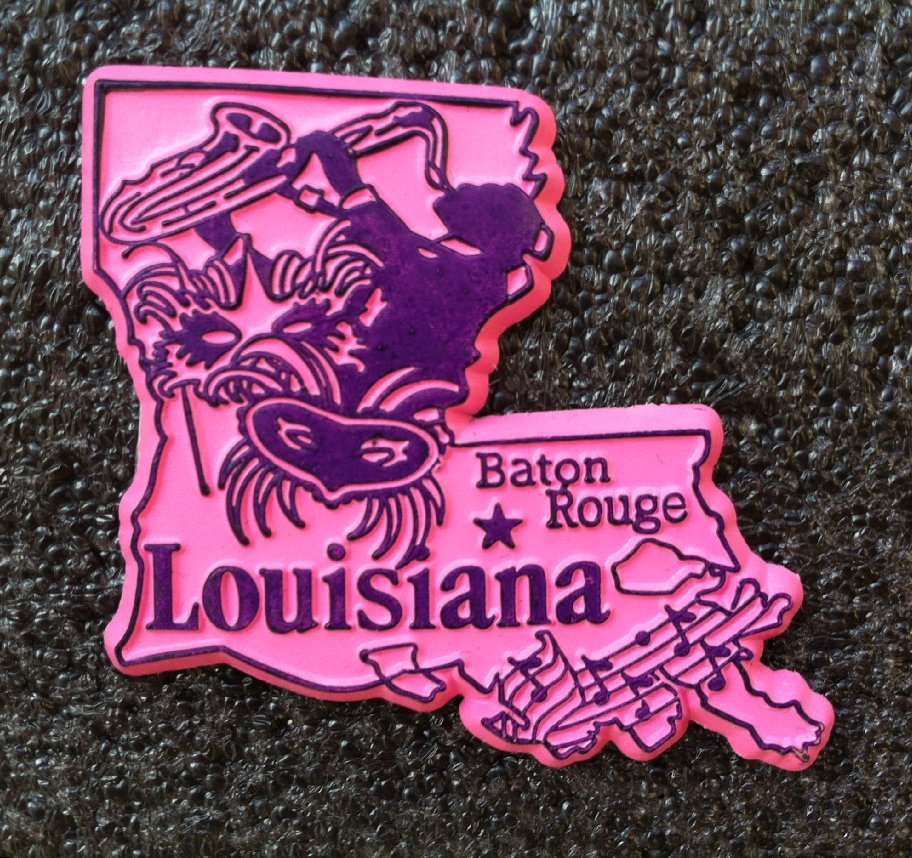 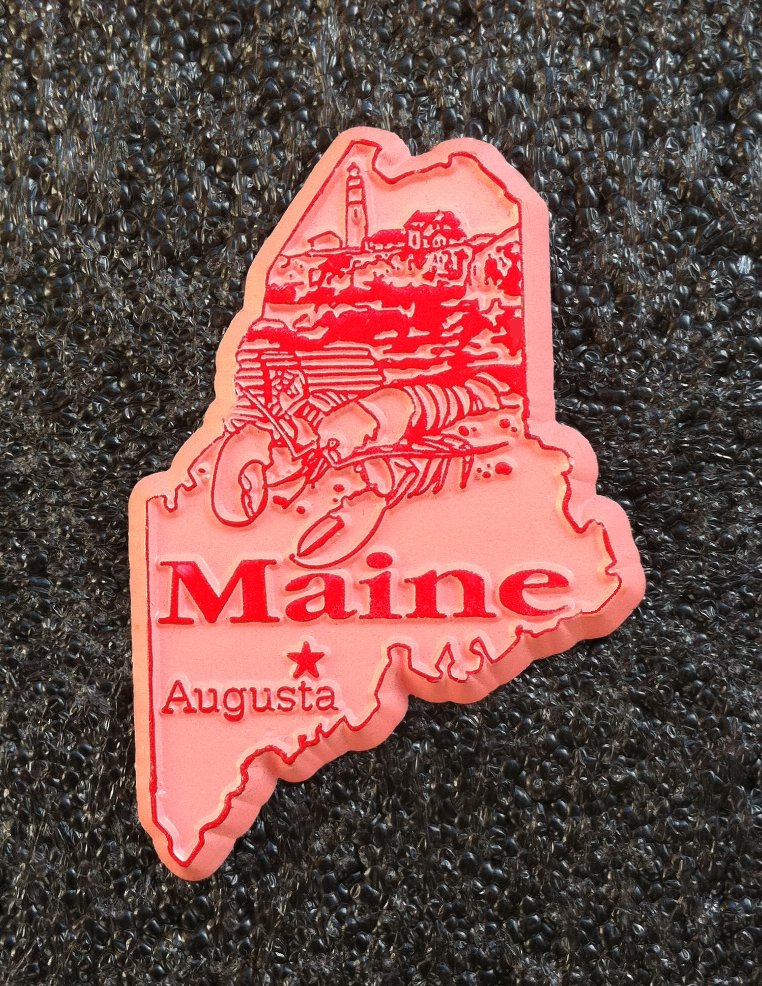 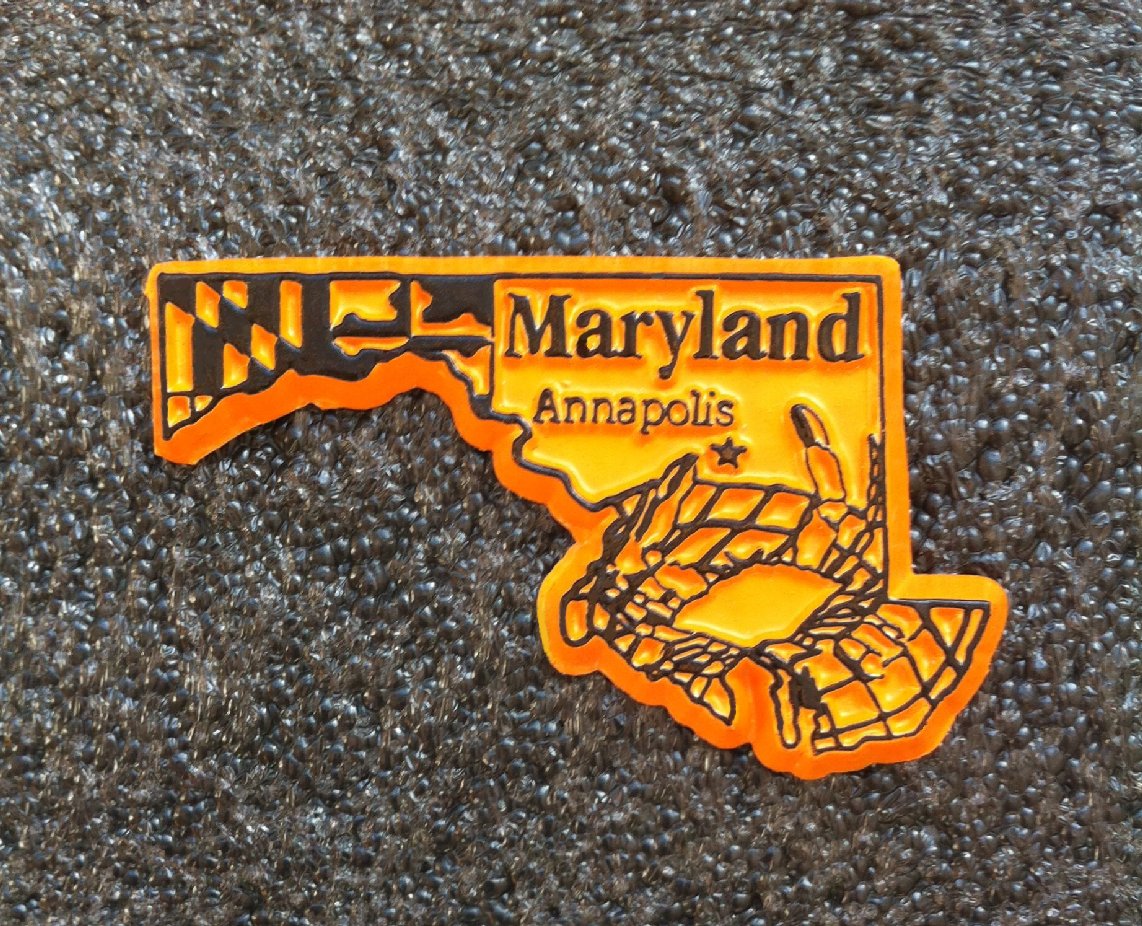 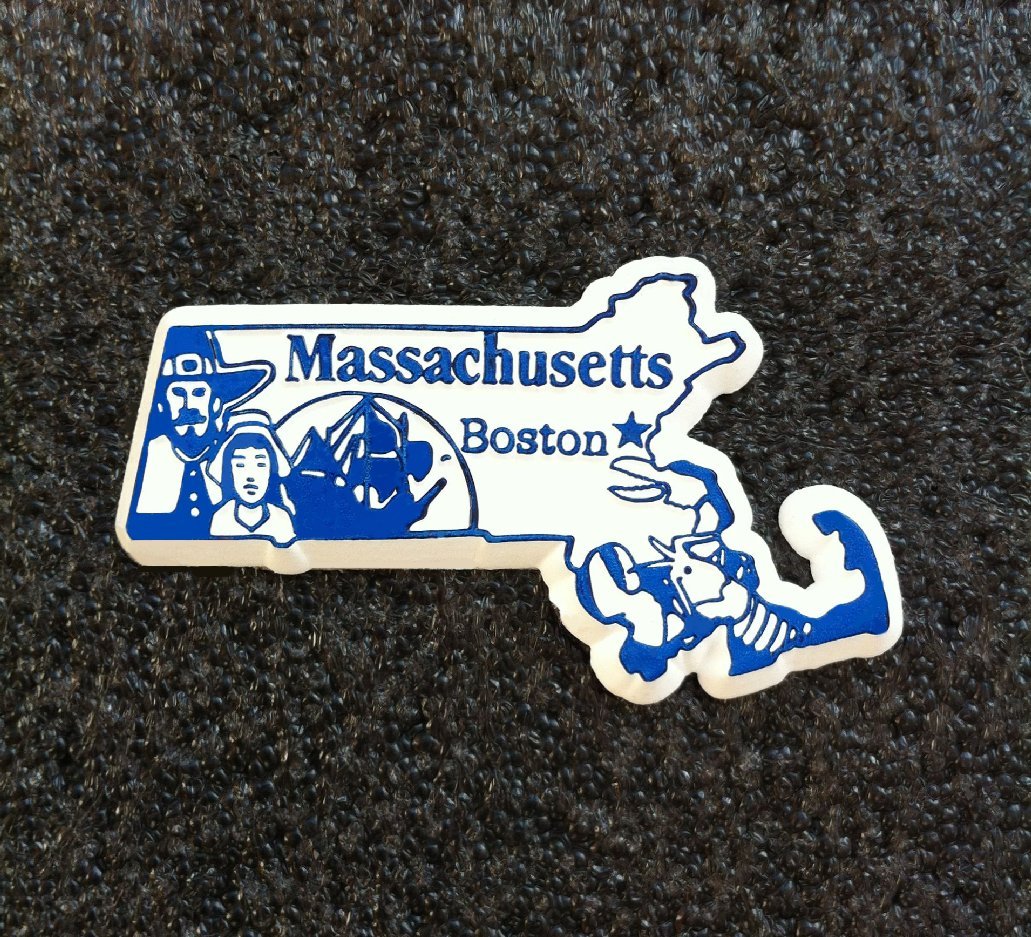 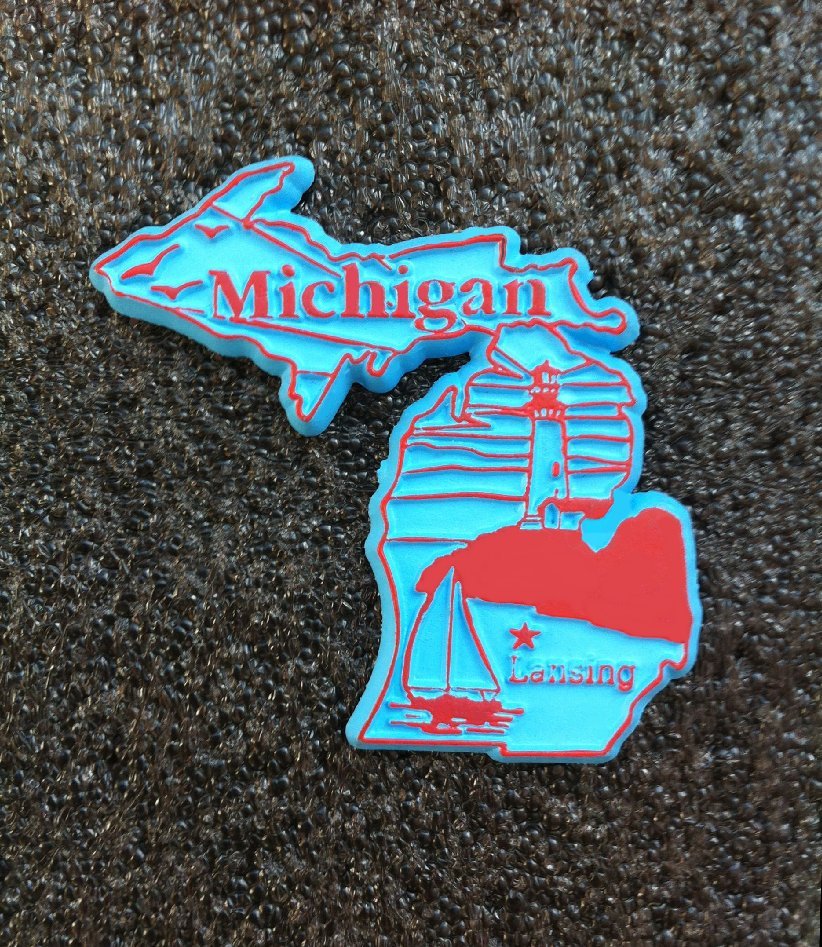 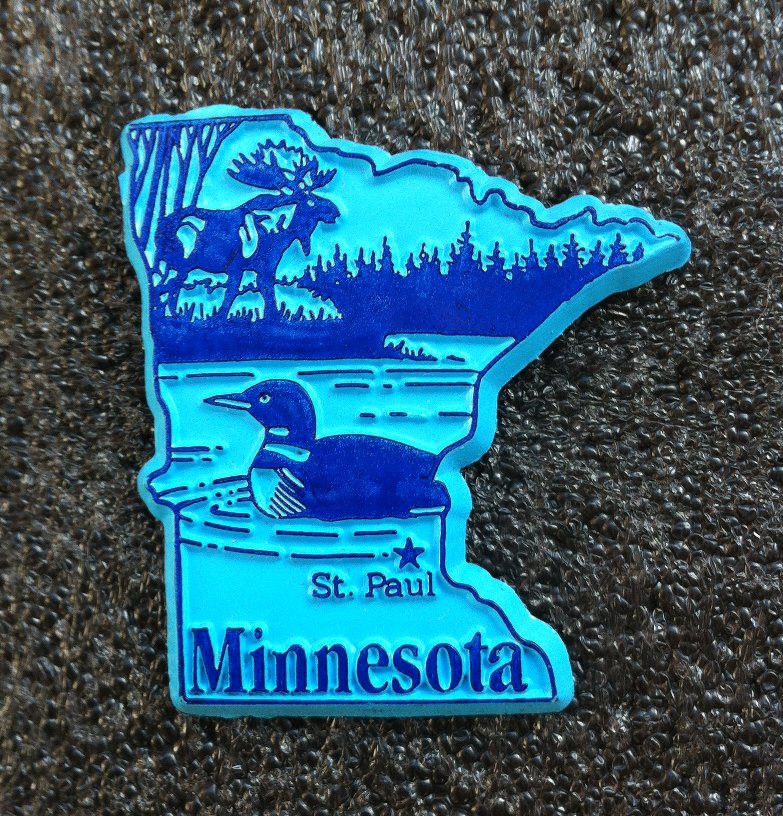 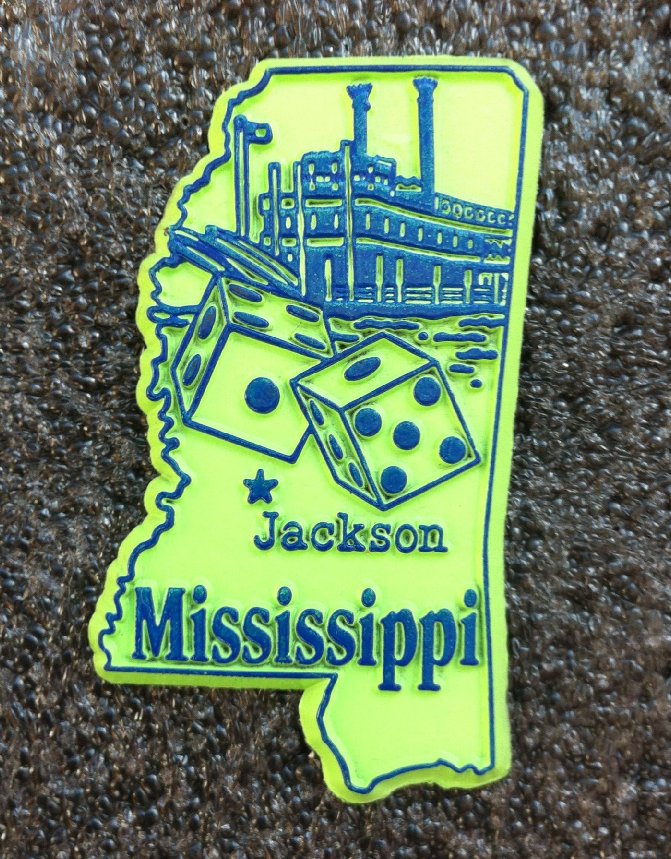 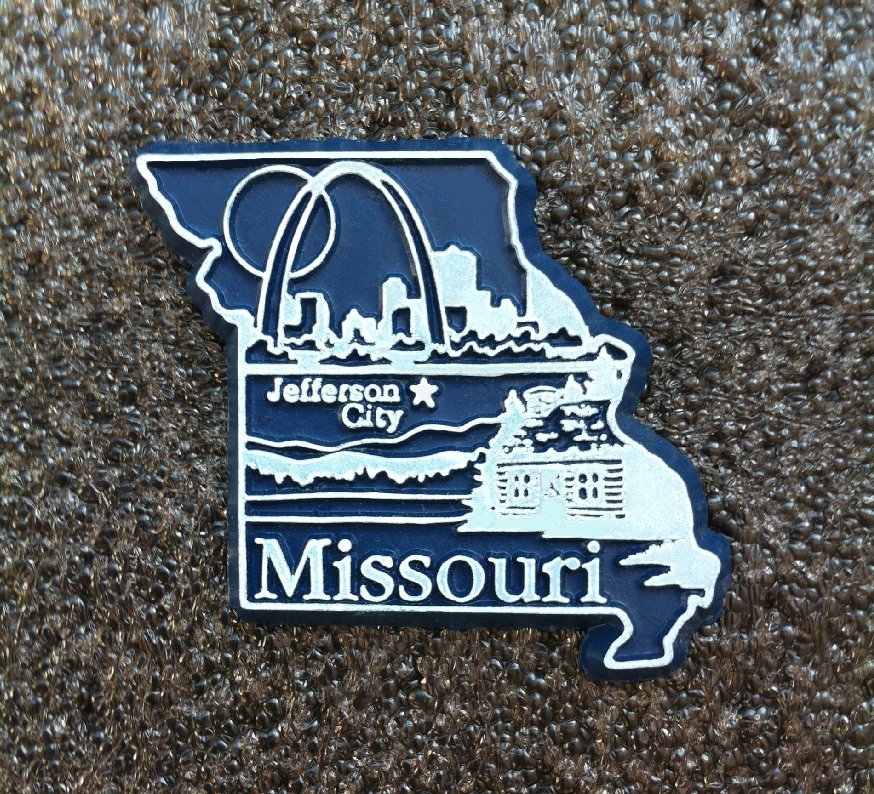 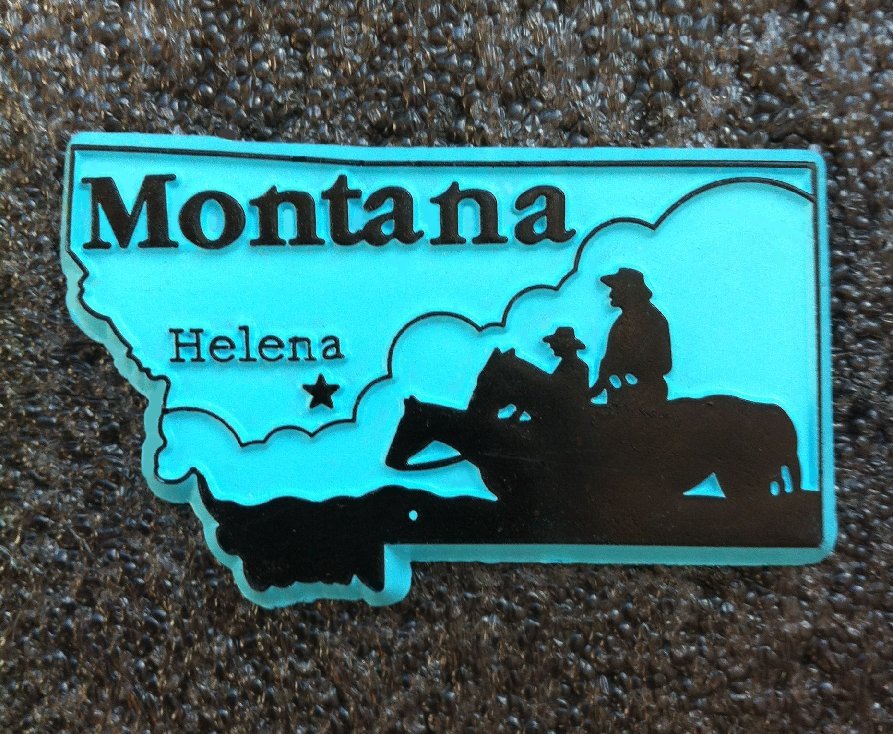 The other half of the collection are in the following article (page). Note that the password is taken off in case you want to send them around.