GETCHELL GOLD update - THIS COULD BE IT...

We bought Getchell Gold back last August at the point shown on its latest 7-month chart, thinking it was breaking higher, and then got stuck with it. We weren’t minded to sell it because the company is considered to be a good investment, although it is now clear that an opportunity cost grounds the capital would obviously have been better deployed elsewhere.

The good news is that technically Getchell’s chart remains positive with a normal correction having been followed by a period of intermediate base building that has been accompanied by bullish volume indications, especially in recent weeks, and the good news fundamentally is that the company has just released very positive drilling results this morning that given the great potential shown by the chart, look set to get it moving. 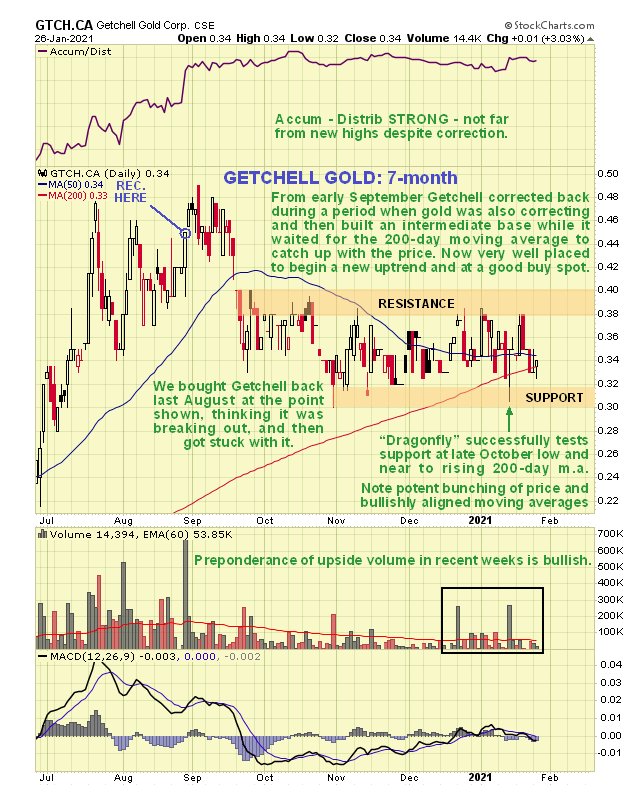 On the 7-month chart we can see the normal reaction from its September high that has been followed by a period of base building that has allowed its rising 200-day moving average to catch up with the price. The reaction was accompanied by a bullish volume dieback and especially promising is the marked buildup in upside volume in recent weeks, which suggests that it is getting ready for another upleg. Other positive factors include the current potent bunching of price and moving averages such as often precedes a breakout into a new uptrend, and the positive volume indicators which are close to making new highs. 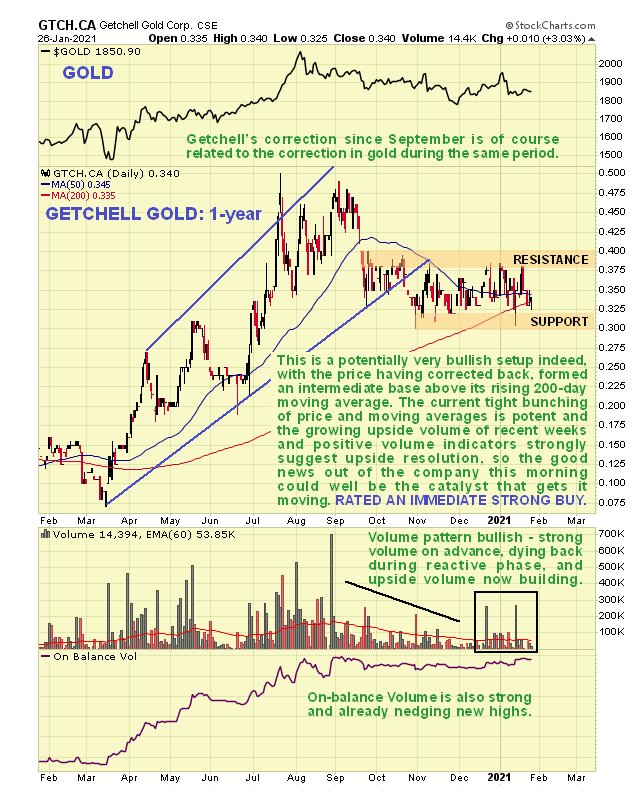 The 1-year chart is helpful as it puts recent action into perspective by showing the mighty uptrend that the reaction from the September high has served to correct. On-balance Volume has been placed at the bottom of this chart, and Accum – Distrib on the other chart, and gold is at the top of this one for comparison, and it is clear from this that the correction in both gold and Getchell has been coincident.

Here is the news that may well get Getchell moving this morning . Getchell drills 21.9 m of 6.2 g/t Au at Fondaway.