HOW TO PLAY THE EXPECTED LAST DIP AHEAD OF THE PM SECTOR MAJOR BULLMARKET...

Last week was a reasonably good week for the Precious Metals sector, but the action on Friday suggests that what we expected to happen a week ago may come to pass. In the update on Tanzanian Gold posted on 22nd it was postulated that silver, having broken out of its downtrend, might complete its basing pattern by dropping back to the form the Right Shoulder of a Head-and-Shoulders bottom. After Friday’s action this scenario still looks on, but in addition, as we will now see, a similar pattern has formed in GDX. 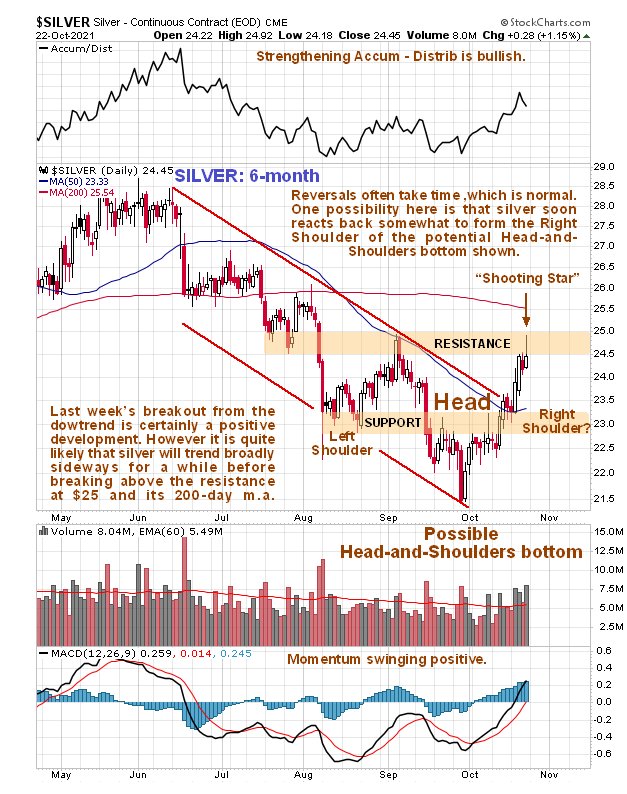 On the latest 6-month chart for GDX we can see that a somewhat bearish looking “shooting star” candle formed on Friday just beneath a still falling 200-day moving average. This suggests that it will retreat from the resistance near-term, probably to form the Right Shoulder of the proposed Head-and-Shoulders bottom. 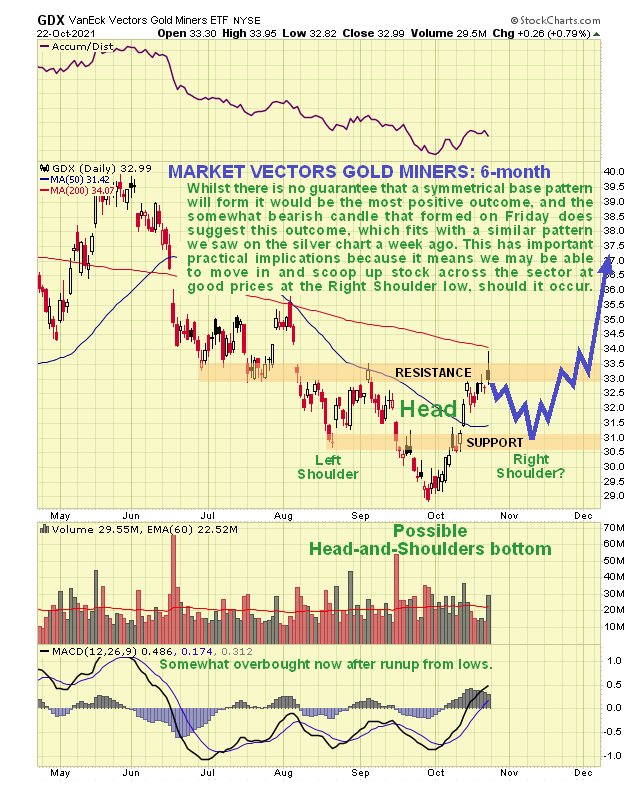 This is not idle theorizing, because if it does do this, then it should provide us with a great “buy spot” to make a wide range of purchases across the sector before it then ascends to break out into the expected major uptrend which will be fuelled by inflation which is ramping up in a big way.

So let’s watch out for this, noting that if the pattern turns out to be reasonably symmetrical, this last reaction may be of about 2 weeks duration, and while it occurs we should move to identify the most promising stocks for the major uptrend that should follow.