JP Morgan Equity Premium Income ETF - BIG FOR INCOME, WITH CAPITAL GAINS THROWN IN...
Wednesday, August 10, 2022
Repost of PRACTICAL MARKET CRASH STRATEGIES with CRASH TRIGGER LEVELS...
Monday, May 09, 2022
PRACTICAL MARKET CRASH STRATEGIES...
Sunday, May 01, 2022
Amongst various other factors there are 3 key indications which suggest that an intermediate bottom is in, or that if the market drops to lower levels short-term, the new lows are likely to be marginal and followed by a relief rally. Whilst a major bearmarket has been signaled, basically the market has gotten ahead of itself and needs to correct with some sort of countertrend rally or at least the development of a trading range before it heads much lower. What are these indicators or indications? - one is the fact that the rally yesterday was BIG - over 1000 points on the Dow - even taking into account the light holiday trading and the fact that bearmarket rallies can be deceptively sharp - this was a big rise that came after a long and severe drop, and is thus likely to signify a reversal of sorts. 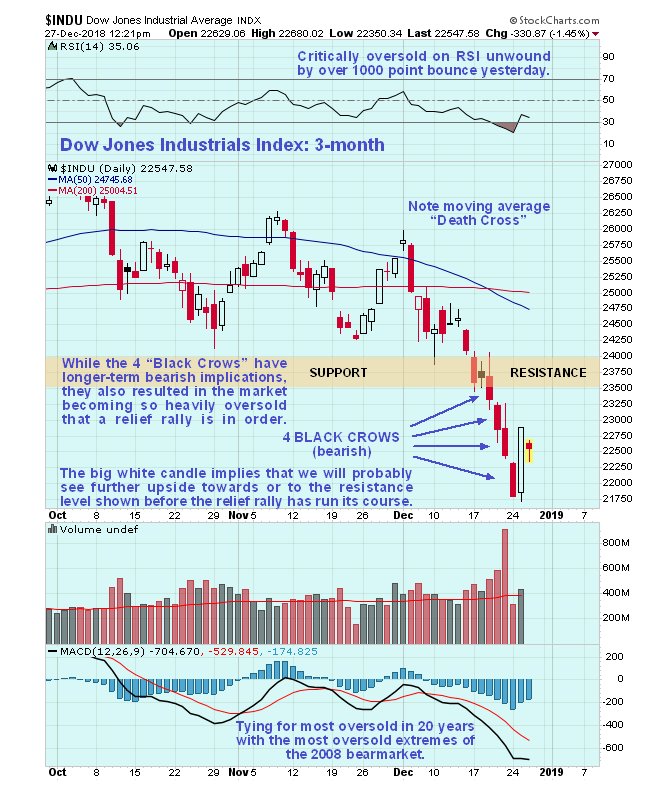 The second indication is that the steep drop has resulted in the MACD indicator for the S&P500 index dropping to tie with a reading during the worst excesses of the 2008 crash for the most oversold condition during the past 20 years. 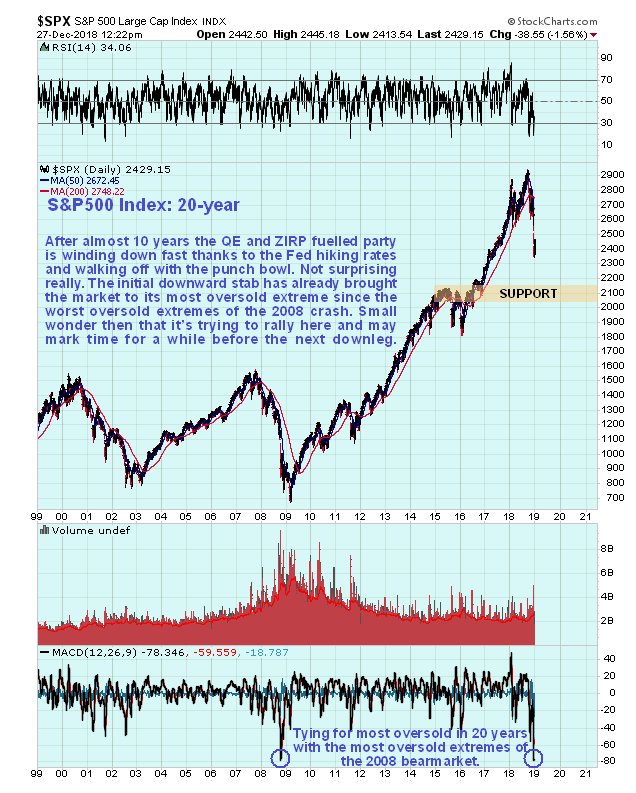 The 3rd indication is that by the end of the Christmas Eve trading session, Dumb Money was at its least bullish for at least 18 years, at a freak 12% bullish reading, while Smart Money bullish rose to a quite high reading at 76% bullish. This alone points to the strong likelihood of a relief rally soon, probably after some thrashing around at a low level that may involve a marginal new low and possibly a Double Bottom with the Christmas Eve low. 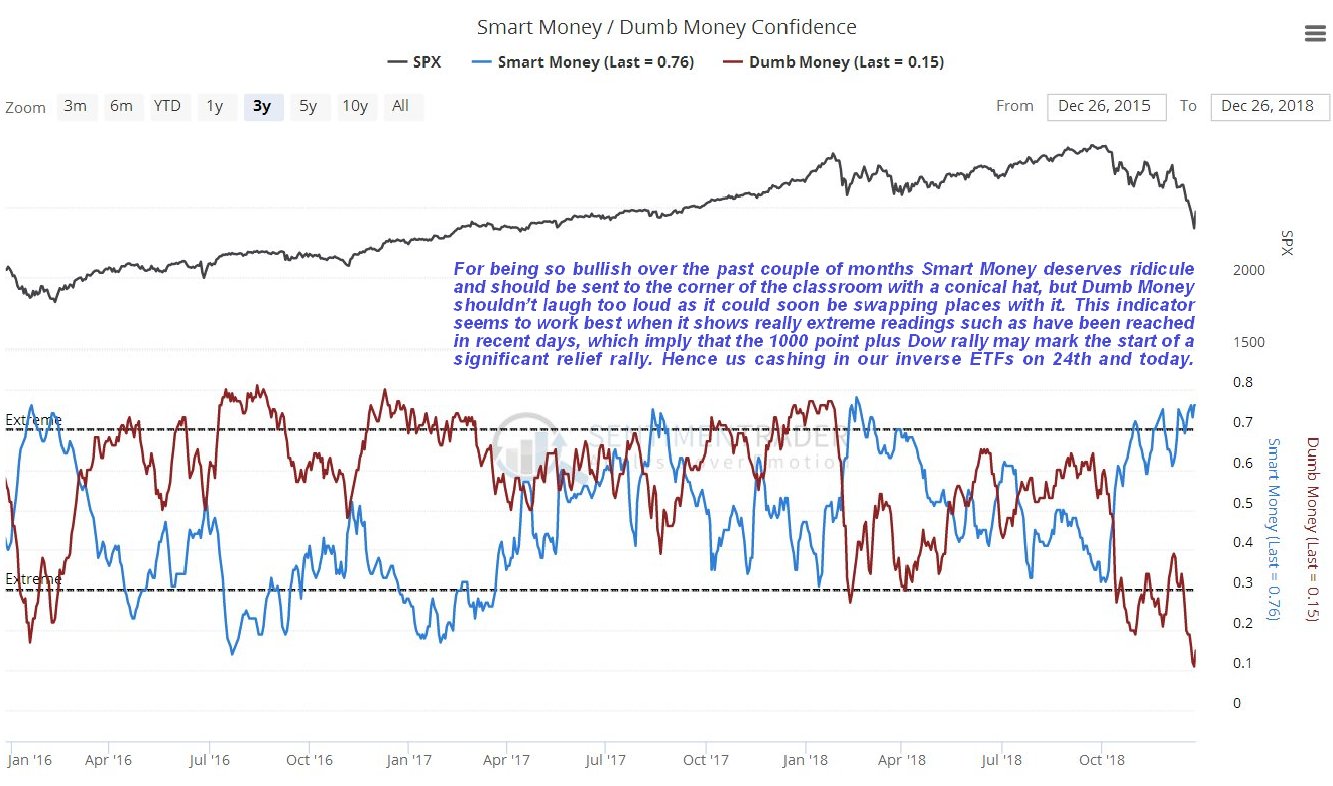 Chart courtesy of sentimentrader.com
What all this means is that it is probably prudent to TAKE PROFITS ON OUR REMAINING INVERSE ETFs IN THE EARLY TRADE THIS MORNING, before the market likely changes its mind and rallies again. We are looking good in all this. If you heeded the warning posted on Sunday 23rd you will have sold at least half of your inverse ETFs into strength (weakness for the market) for a nice profit. We had expected a countertrend rally to erupt. Of course, if we had known the rally would be as big as it was yesterday, we would have ditched the lot, but it doesn't matter, because providence has kindly thrown up an opportunity this morning to dump the rest into market weakness this morning, since at the time of writing it looks like the market will open down about 350 on the Dow. Conclusion: considered prudent to take profits on our remaining inverse ETFs as early as possible this morning and await developments. End of update. Posted at 11.25 am EST on 27th December 18, charts added 1.00 pm the same day.