Gold Market Update - SLINGSHOT ADVANCE IS STILL IN ITS INFANCY...
Tuesday, March 15, 2022
GOLD AT CRITICAL JUNCTURE - interim update...
Sunday, April 04, 2021
GOLD LOOKS GREAT HERE...
Sunday, December 06, 2020
With things shaping up so well for gold, we can certainly take any short-term correction in our stride, and more than that, we can seize upon it as an opportunity to build positions further across the sector, whether by means of ETFs, stocks or options, and of course, gold itself. Several factors suggest that a modest short-term correction is likely before the major breakout occurs. Gold is overbought after its recent runup and is rounding over beneath the major resistance approaching $1400, as we can see on its latest 6-month chart below. Thus, the appearance of a short-term bearish “shooting star” candlestick on its chart on Friday coupled with its latest COTs showing Commercial short and Large Spec long positions hitting rather extreme levels suggests that it is likely to react back over the next week or two to allow things to cool for a bit before the major breakout occurs. The current COT structure IS NOT regarded as bearish overall, because we would expect speculators to pile in at the start of a big move – positions can be expected to get much more extreme once the big breakout occurs, flying off the charts and staying high as the 1st major upleg of the new bullmarket unfolds. 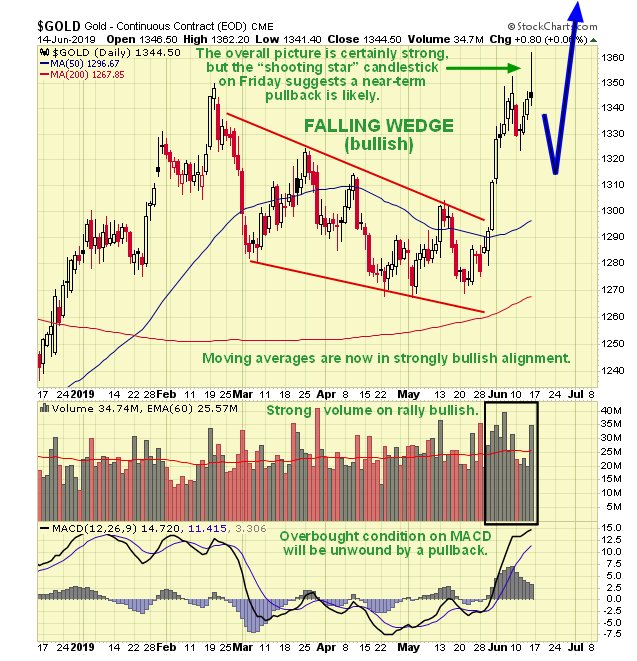 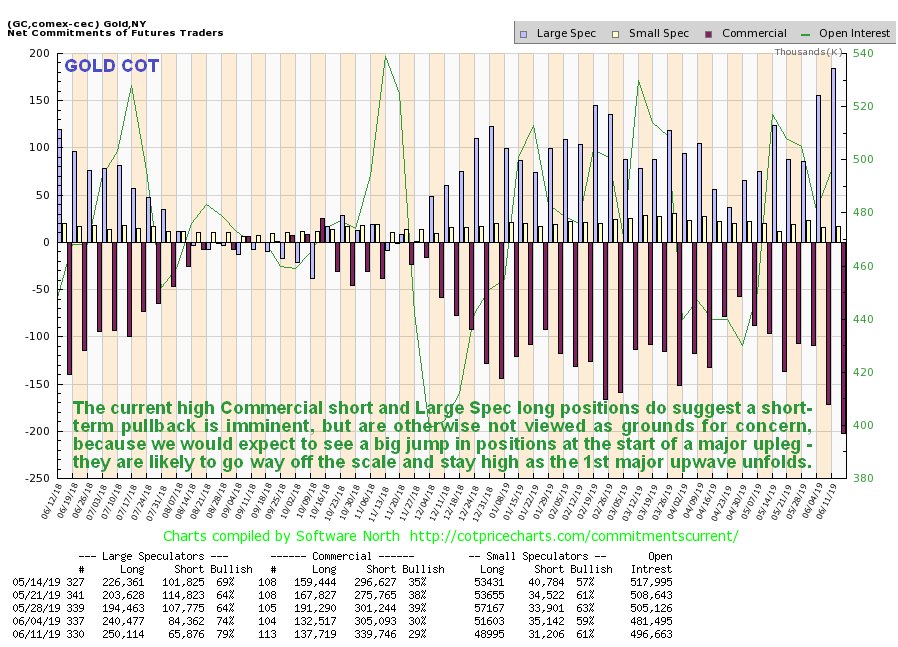 Finally, we will end by reviewing again the increasingly fascinating – and indeed awesome – long-term 10-year chart for gold. This shows that, notwithstanding any minor short-term reaction over the next few weeks, gold is about ready to break out of its gigantic 6-year long base pattern, which has taken the form of a complex Head-and-Shoulders bottom / Saucer, into a bullmarket that is expected to be spectacular and dwarf all previous ones, for the compelling reasons set above. 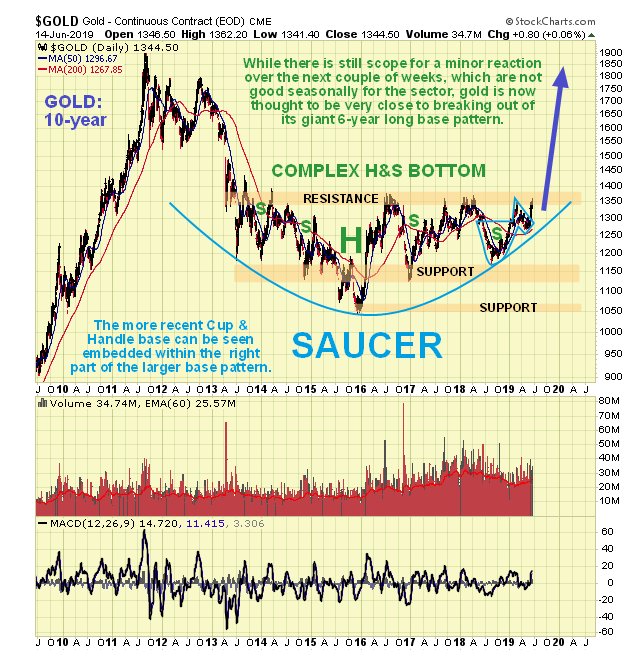 The expected near-term minor PM sector correction will be the occasion for us to focus on more specific investments across the sector, in ETFs, stocks and some options for those looking to leverage gains.