PRECIOUS METALS SECTOR update - will it crash too?...

PRECIOUS METALS SECTOR update - will it crash too?...
Sunday, March 08, 2020
THE SUN RISES ON THE PRECIOUS METALS SECTOR...
Saturday, June 03, 2017
NIGHTMARE SCENARIO FOR PM SECTOR INVESTORS...
Tuesday, January 10, 2017
The big story this weekend is oil rather than gold or even anything else, and that’s saying something given all the important developments vying for attention. After the collapse of OPEC on Friday, which lead to a big drop in the oil price, the despot running Saudi Arabia, who has already rounded up his rivals for power, slashed oil prices Saturday by the biggest amount in 20 years, in an attempt to bury his competitors, namely Russia and the US oil shale industry. While he won’t succeed in burying Russia, because it is low cost, he may well succeed in putting the US oil shale industry out its misery – or he would if they weren’t propped up as zombie entities, but this gambit will come at a heavy cost – a financial crisis in his own country that is likely to lead to widespread unrest – this is doubtless why he has decided to take out his political rivals. The stunning drop in the oil price that is expected to hit as a result of this wild move by the Saudi despot, rumored to be as big as $10 - is expected to have a massive knock on effect on the markets, triggering another crash wave, so it looks like our Calls bought only on Friday will take an instant beating on Monday. Fortunately, as the market rose quite a lot after we bought them, we may be able to salvage a portion of the outlay. Luckily, understanding that it was a countertrend play, we didn’t do many of them. A corollary of this is that it may make sense to do Puts again in more size, on the 1st kickback after the initial plunge tomorrow, which might occur during the 1st hour. Now to the Precious Metals, which are the principal subject of this update. In an all-out blazing crash situation, the sector is likely to get taken down along with everything else as investors, faced with pressing liquidity problems and margin calls, dump everything of value they can lay their hands on – if they could get the kitchen sink off the wall they’ll sell that too. This means that the PM sector is likely to get taken down as in 2008 – that was the message of that giant plunge in the gold price about 10 days ago, which we did take note of. Because we need to examine recent action in detail, we are going to look mainly at 3-month charts in this update.

Starting with gold, we see that it made a surprisingly swift and substantial recovery after the plunge on the 28th. The big recovery rally was presaged by a bullish “Harami Cross” pattern where the 2nd candle was entirely enclosed within the first and had a tiny “real body”. The 3rd candle of the pattern, which was a big white one, completed a “Morning Star” reversal. Gold then advanced further before stalling out on Friday at its recent highs where a large “long-legged doji” formed, which is sign of indecision, and looks bearish in this position. 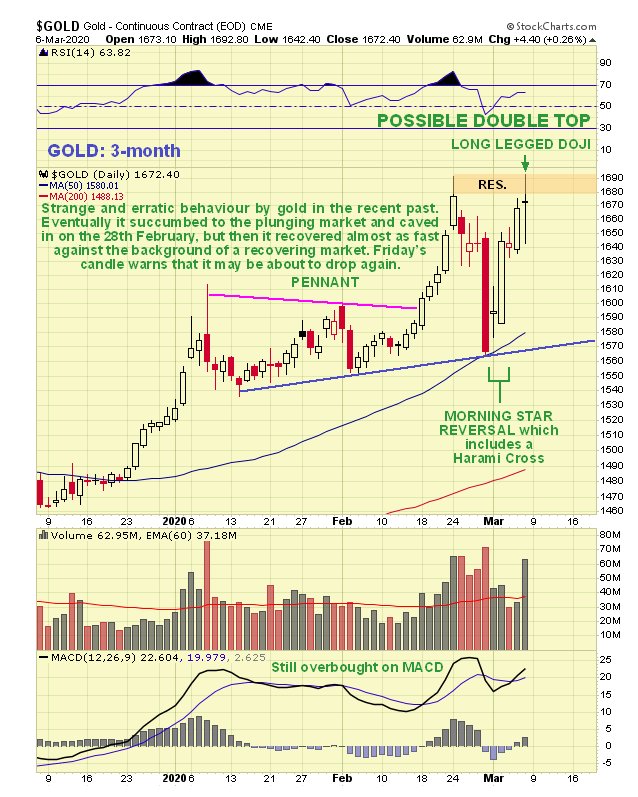 While gold’s latest chart gives rise to concern, silver’s latest chart now looks downright bearish with the price only partially recovering its earlier plunge losses and stalling out at the underside of resistance where a bearish looking candle formed on Friday… 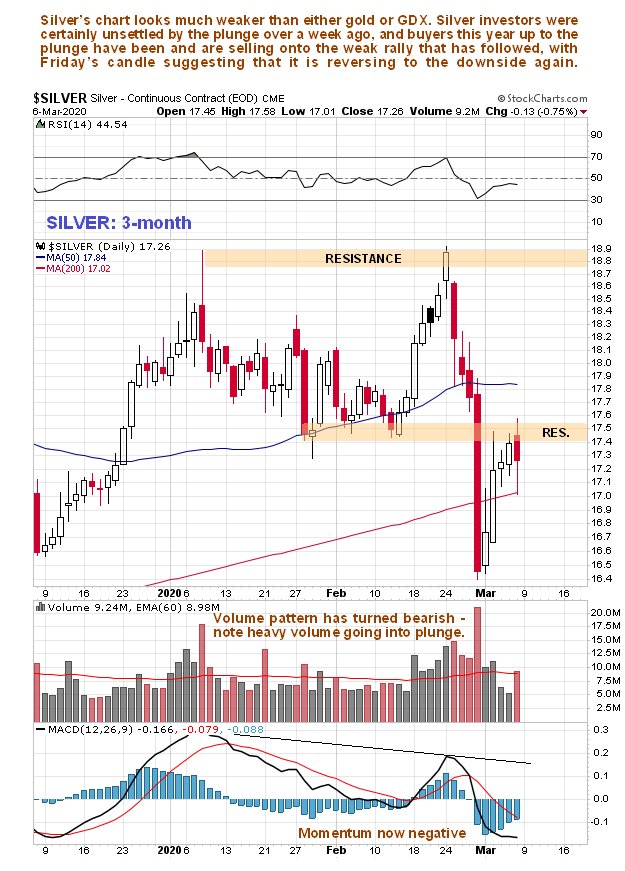 Although PM stocks have made a valiant attempt to recover lost ground, and did regain most of it, they have stalled out ominously at a key resistance level, where 2 bearish “Hanging Man”candles formed on Thursday and Friday. They point to an imminent drop… 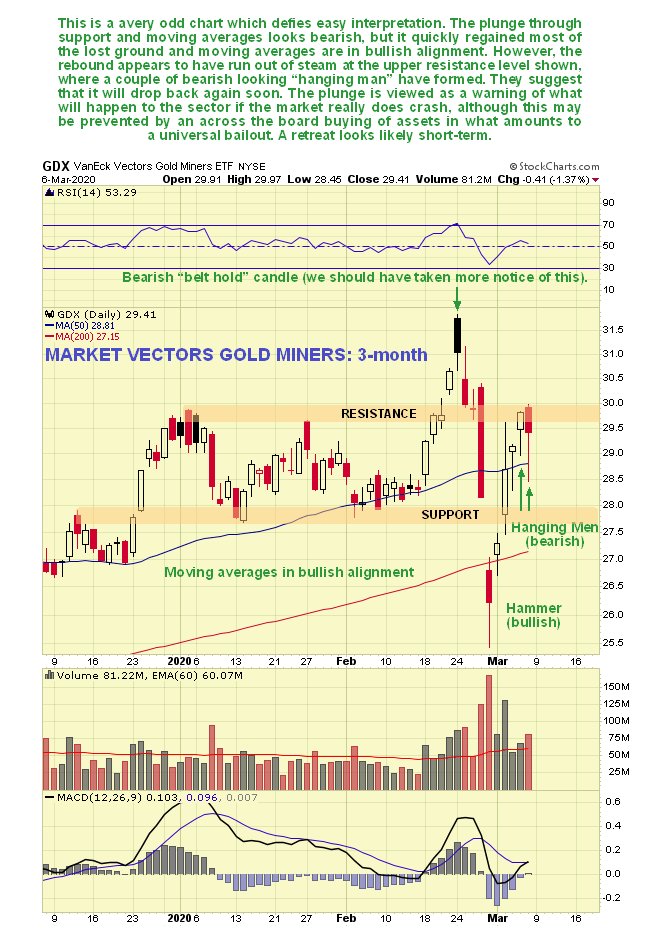