PM SECTOR TOPPING CANDLES WITH OSCILLATORS, VOLUME AT EXTREMES now with commentary on DUST & GLD Puts...
Monday, January 06, 2020
I admit to being somewhat astounded early this morning when I saw gold apparently punching through the resistance we looked at in yesterday’s Gold Market update as if it wasn’t there, but by the end of the day, although it is still well into the resistance, it was well off its highs and closed with a bearish “shooting star” on its chart, but still super-critically overbought on its RSI after a day of very heavy turnover. Given that this feels like a time of maximum tension over the Iran, and given the extreme COTs, this could well be a short to intermediate-term top we are seeing here. 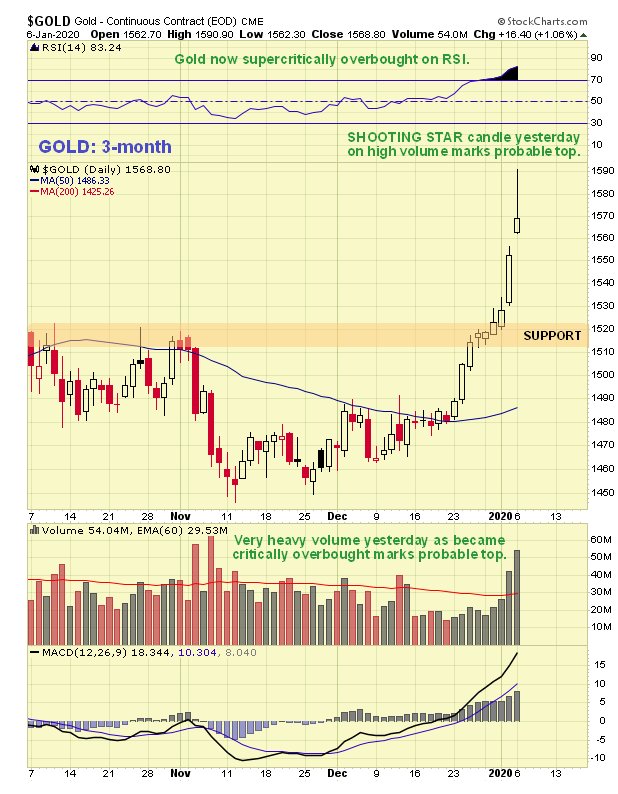 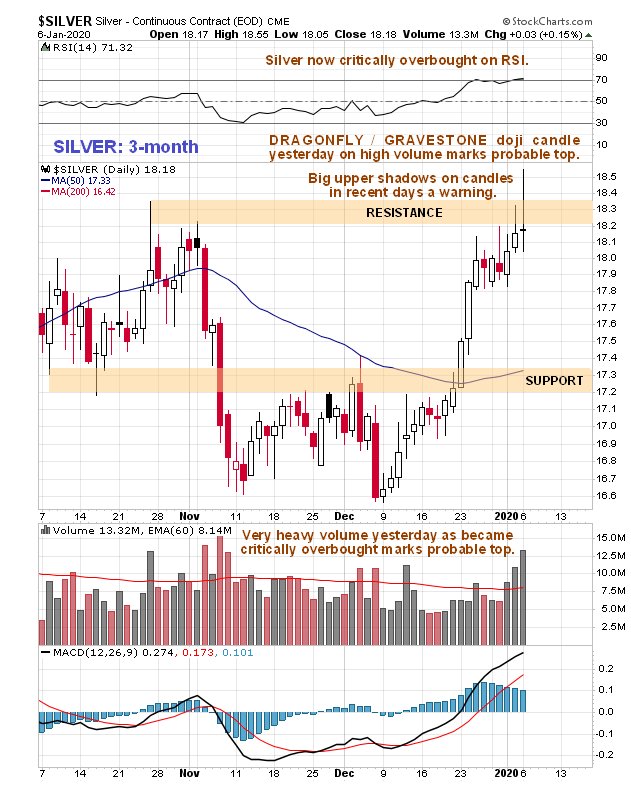 Ominously, PM stocks have refused to rally with gold in recent days and GDX is looking toppy and increasingly vulnerable to a smackdown. 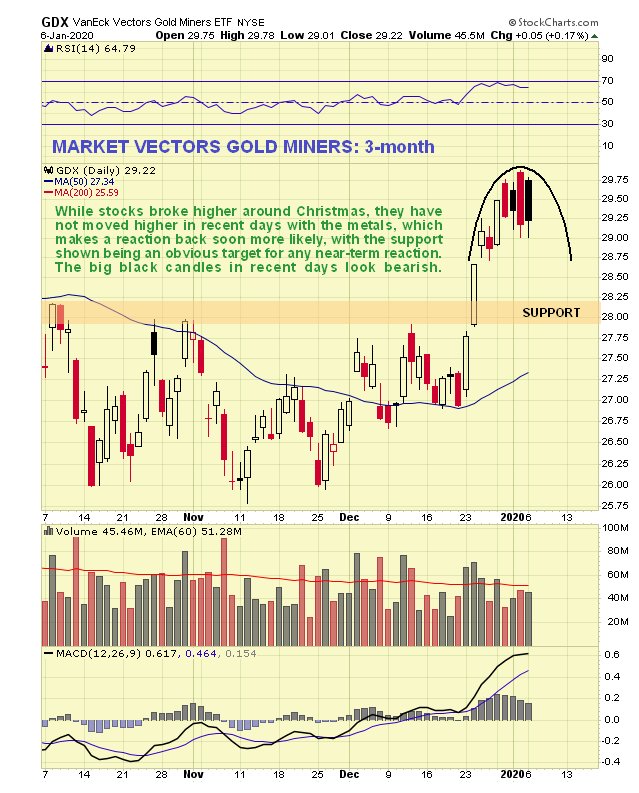 CDE, which we took profits in 2 or 3 weeks ago, got slammed 10% today on very heavy volume. We got out of it because of the proximity of heavy overhanging supply. We bought it back last Summer. 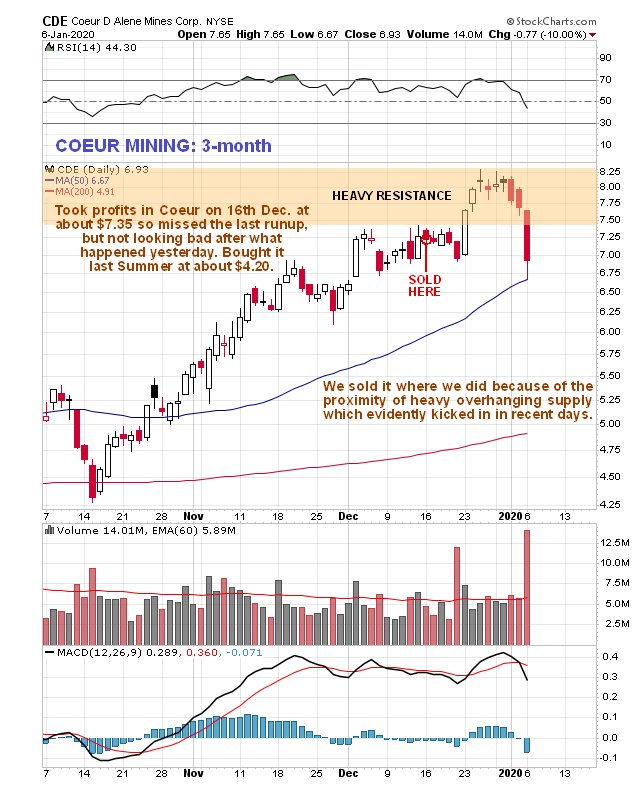 We also took profits in Hecla at about the same time and for the same reason. Hecla, which is still at a good price, looks set to go the way of Coeur, so anyone still holding should ditch it. We can buy them back later when the dust has settled. 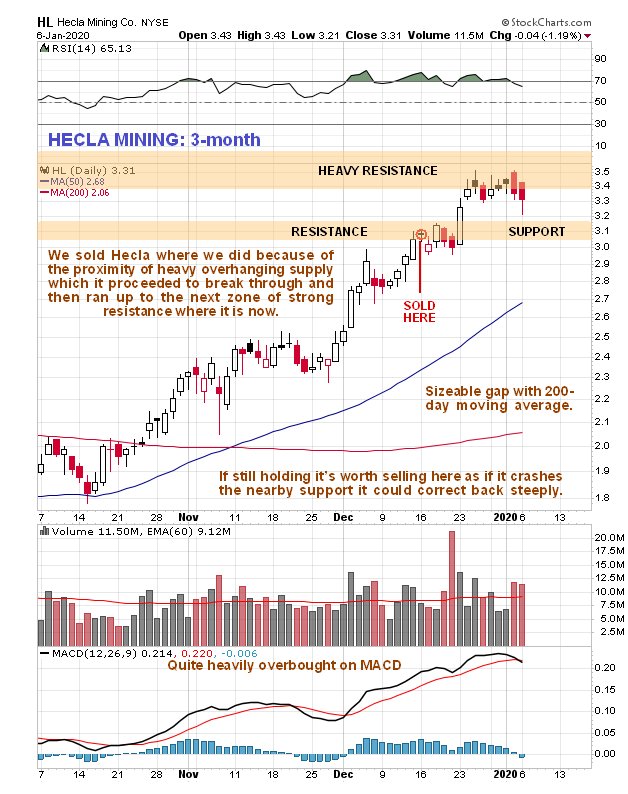 This therefore looks like a good time to be cautious, and the correct action generally is to stand aside, or to hedge with something like DUST, where large bullish white candles have appeared in recent days, or in Puts in say GLD, which are liquid with narrow spreads. GLD has soared over the past 2 weeks and today its Puts were trashed, an example being the January 24th expiring $147 strike which closed today at $1.46 with a stunning loss from its Friday close of $4.49. 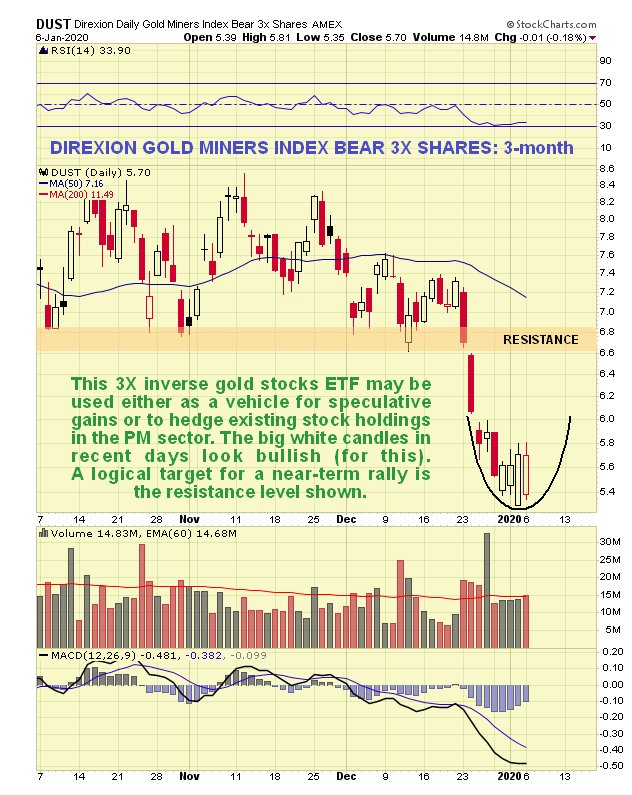 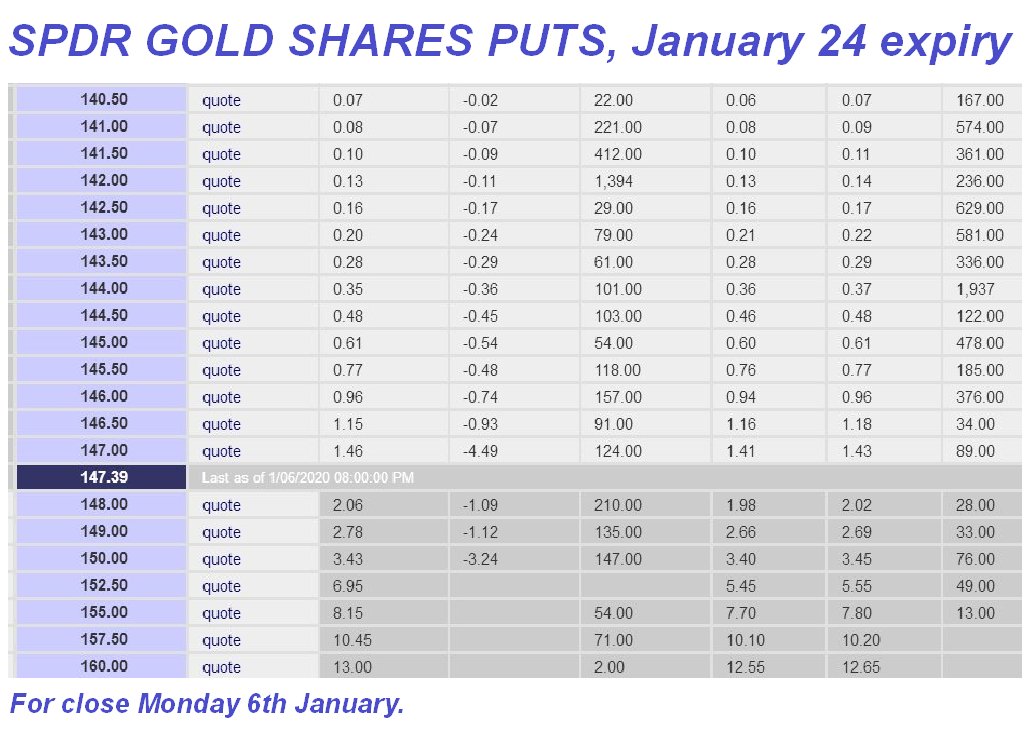